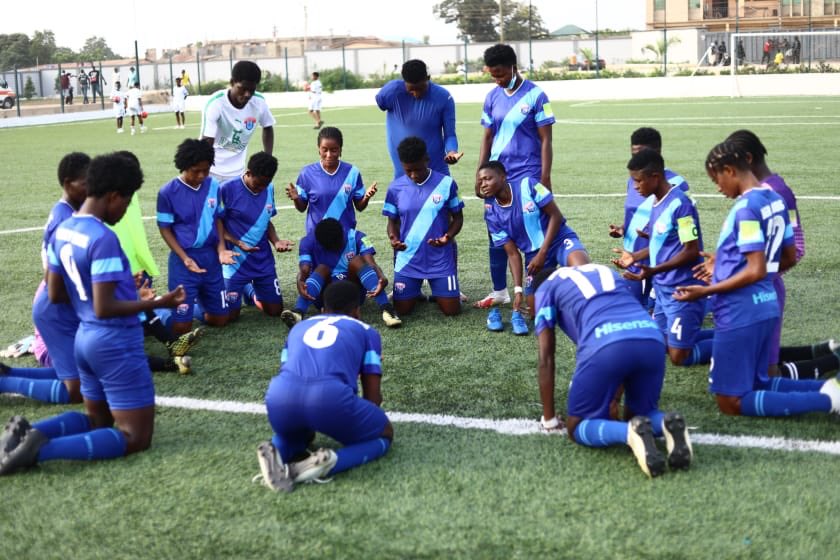 The Women’s Premier League is gathering momentum and with two games to end the first round, some clubs are already making clear their intensions of winning the title.

Leaders Berry have yet to lose a game but Hasaacas Ladies, Lady strikers are breathing down the neck of the leaders. We expect some delectable games on match day Six. Here is to what to expect across the League centres.

Soccer Intellectuals started the season on the right path but seem to be witnessing a steady decline as they lie 5th on the league logo with 6 points. Coach Ali Yakubu expects the team to glitter on match day 6, as they head back to the Adu Yaw -Assasan Park. Thunder Queens showed glimpses of quality on match day one when they battled to a draw against Police Ladies at the McDan La Town Park. Soccer Intellectuals have not been themselves this season but matches between the two sides are always a close contest with last season’s goalless draw in mind. A crunchy midfield battle between Elizabeth Oppong and Salma Sai Jaibril and Mary Essiful and Mary Awuah Boateng awaits us.

Sea Lions have been very unimpressive in the season after picking only one point from possible 15. The Elmina based club shocked Hasaacas Ladies after coming from behind to snatch a point against the former champions at the Gyandu park in Sekondi. Coach Maapa Inkoom’s side in dire need of points to save their season as they lie bottom in the Southern Zone table. On Saturday, they hope to edge their opponents for their first win of the season to enhance their chances of survival. Maapa Inkoom believes inadequate preparation and lack of motivation have been their nemesis but is working hard to improve on the team’s fitness level in subsequent matches. Immigrations are coming a defeat to rivals, Police Ladies at home. Heading into this game, both teams are fervently searching for their first win of the season. Gifty Appiah’s strike handed Immigrations Ladies a 1-0 victory at the Ndoum Sports Stadium last season.

A classic rivalry will be reignited on Sunday when Police Ladies host Hasaacas Ladies at the McDan La Town park. Police Ladies come into this game buoyed by last week’s win against Immigration Ladies in the ‘service clash’. Coach Franklin Oswald Sam was credited for working on the psyche of his players to produce the necessary win. Hasaacas Ladies, shared the spoils with struggling Sea Lions at home to widen the gap between them and the top two clubs. Last season’s encounter ended 2-1 in favor of Police Ladies with two goals from Ruth Appiah and Juanita Aguadze and Milot Abena Pokua pulling one back for Hasaacas Ladies. This particular fixture is one to look out for due to the quality of players at the disposal of both coaches. Talents like, Grace Anima, Victoria Teye Williams, Juanita Aguadze will line up for Police whilst Hasaacas presents Janet Egyir, Veronica Appiah and Milot Abena Pokua.  The McDan La town park will be fun on Sunday.

League leaders Berry Ladies are the lone side in the League with a perfect record of winning all 5 matches thus far.  Coach of the side, Mercy Tagoe-Quarcoo has masterminded a smooth take off by recording a 100% winning record in the competition. They lead the table with 15 points, three clear of Saturday’s opponents, Lady Strikers. Lady Strikers are far from pushovers after winning three matches on the trot, something least expected from a team who lost their first game at home to Hasaacas. Both Mercy Tagoe-Quarcoo and Rashid Iddi will look to outscore each other with both teams coming off a morale boosting wins over the weekend. The game comes off at the Zuka park at Madina.