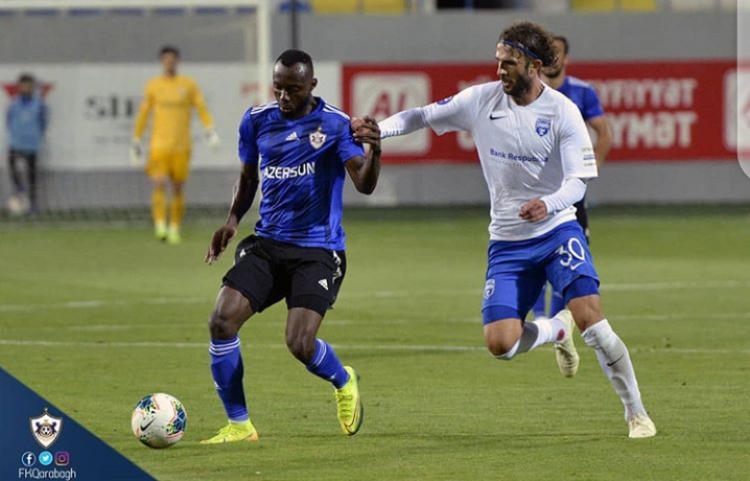 Ghana international Kwabena Owusu lasted the entire duration of the 2-1 win for Qarabağ Ağdam FK against Sabah on Thursday afternoon.

The Black Stars asset has enjoyed his first season with the team in the Azerbaijani top-flight league and continues to impress whenever he is called into action.

Today, the forward earned a starting role to play for Qarabag when they made the trip to the Alinja Arena to take on the matchday 14 opponent.

Playing a key role to help the team, Kwabena Owusu dazzled with his performance as the visitor cruised to a massive win on the road.

In the first half, a strike from Rahil Mammadov in the 7th minute ensured that Qarabag went into the break with the lead.

Although Kevin Koubemba will score to draw level for Sabah in the 60th minute, an equalizer from Mahir Emreli in the 72nd minute sealed that 2-1 win for Qarabag.