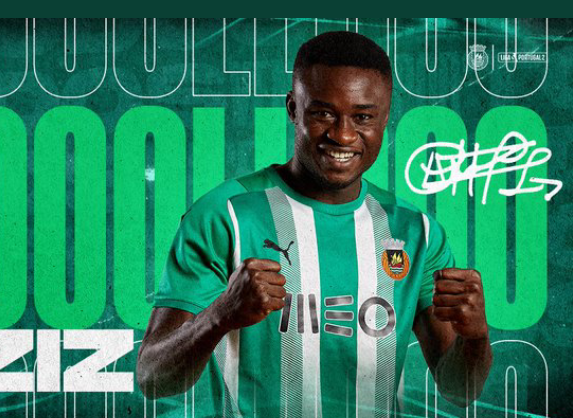 Ghanaian forward, Abdul-Aziz Yakubu scored to seal a win for his Rio Ave outfit on Sunday morning when the team faced UD Vilafranquense in the Portuguese Secunda Liga.

The attacker has been in outstanding form since the 2021/2022 Portuguese lower-tier league commenced.

Today, he was called to lead the lines for Rio Ave when the team hosted its matchday opponent.

In the game against UD Vilafranquense, the visitors took the lead after 37 minutes of play when Mouhamed Belkheir equalized.

Pegged behind, Rio Ave fought back and drew level through a fine strike from Hugo Gomes in the 59th minute.

Later second half, Ghana’s Abdul-Aziz Yakubu settled the game when he scored with a fantastic effort in the 83rd minute.

The goal from the young forward sealed a delightful 2-1 comeback win for his team as they push to climb to the summit of the Portuguese Secunda Liga.