Ghanaian international, Kingsley Sarfo has been named in the Cypriot top-flight league Team of the Week following his impressive performance over the past weekend.

The attacker last Friday was in action for his Olympiakos Nicosia outfit when the team hosted Doxa Katokopias on matchday seven of the ongoing 2021/2022 football season.

On the matchday, Kingsley Sarfo glittered for his team and helped the side to record a narrow 1-0 win at the end of the contest to merit the full three points.

In a game where the former Malmo FF man earned a high mark, he has now been named in the Cypriot top-flight league Team of the Week. 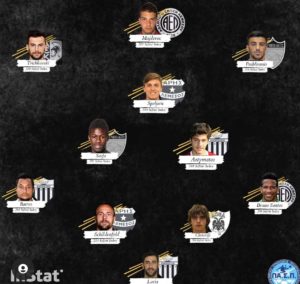 The recognition comes on the back of the stellar form of the attacker who has set sight on getting his career back on track after an ordeal in Sweden.

The Olympiakos Nicosia player is gradually becoming a key man for the side and is keen on working harder to ensure he stays in good shape to use his quality for the benefit of the team.