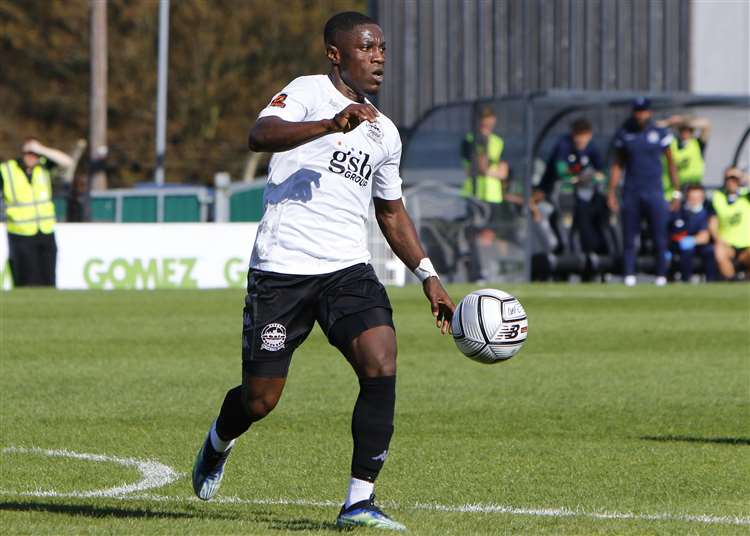 Ghanaian international, Koby Arthur equalized in spectacular fashion on Saturday afternoon to help his Dover Athletic side to draw against Weymouth in the English Conference Premier League.

The attacker excelled in pre-season matches and is set to play a key part in the squad of the team in the ongoing 2021/2022 football season.

Yesterday he started for Dover Athletic when the team played as a guest to Weymouth to look for a win after losing earlier in midweek.

On the matchday, Koby Arthur put up a very good performance and scored in the 22nd minute to shoot the visitors into the lead.

Unfortunately, his team could not hold on to the lead and conceded in the final minutes of the first half. With no team able to score in the second half, the match ended in a 1-1 draw at the end of the 90 minutes.

Koby Arthur played 80 minutes of the encounter before making way for for Wood.