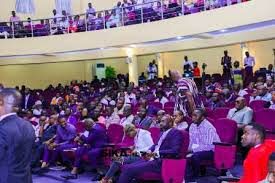 More than 60 Ghanaian clubs have signed a petition seeking to stop the Ghana Football Association (GFA) from holding the upcoming Ordinary Congress via video conferencing.

In a letter from the Ghana FA to clubs and its members earlier this week, they indicated that the 26th Ordinary Congress has been scheduled for Thursday, August 27.

Due to the ban on public gathering which does not allow more than 100 persons to converge in one place, the FA added that a decision has been taken for Congress to be held via a video conference call.

Earlier today, Oyerepa FM disclosed that some 60 Ghanaians clubs have signed a petition to oppose the move by the GFA.

“It's a collective decision to write to the FA, we have discussed among ourselves but yet to put on paper'”, a club official told Oyerepa FM on condition of anonymity.

Subsequently, a letter from Medeama Sporting Club signed by President Moses Armah Parker has stressed that Congress can be convened.

“We wish to state that following the ease of some restrictions by the Government of Ghana on public gatherings Act, 20Act 1012(E.t 164)''

“We believe Congress can be convened with the needed protocols strictly followed”, the letter said.

Read the full letter below: 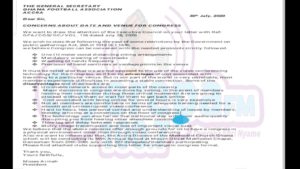