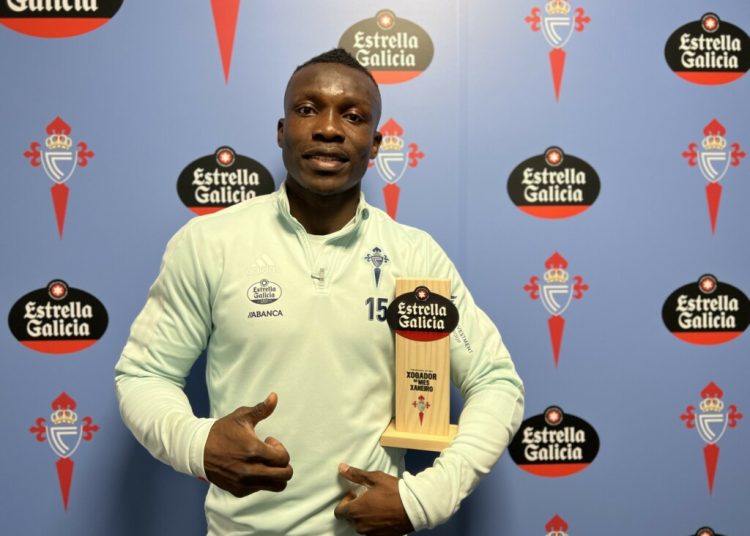 Ghanaian defender Joseph Aidoo has been adjudged Celta Vigo’s Player of the Month for January for his impressive display for the team.

The 26-year-old featured in all four games for Celta, making 20 clearances, six tackles, and six interceptions in defence.

Aidoo was deployed as a right-back in the game against Real Betis and put up a Man of the Match performance.

He helped Celta Vigo pick up seven points from a possible 12 in January to climb up to 12th on the La Liga table.

The former Genk centre-back is expected to start for Celta Vigo when they host Rayo Vallecano on Saturday.

Aidoo has made 16 league appearances for Celta Vigo so far this season.