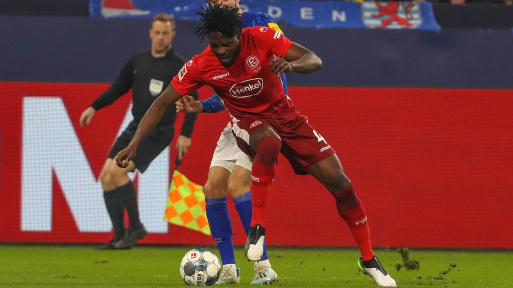 The 25-year-old joined fellow Bundesliga side Düsseldorf on a season-long loan deal prior to the start of the 2019/20 season.

Adams made 15 appearances in all competitions for Rheinländer and scored two goals as the club suffered relegation after finishing 17th with 30 points.

His contract with TSG Hoffenheim will expire in summer 2023.

The defender has featured in eight games for the Black Stars of Ghana and scored only one goal.