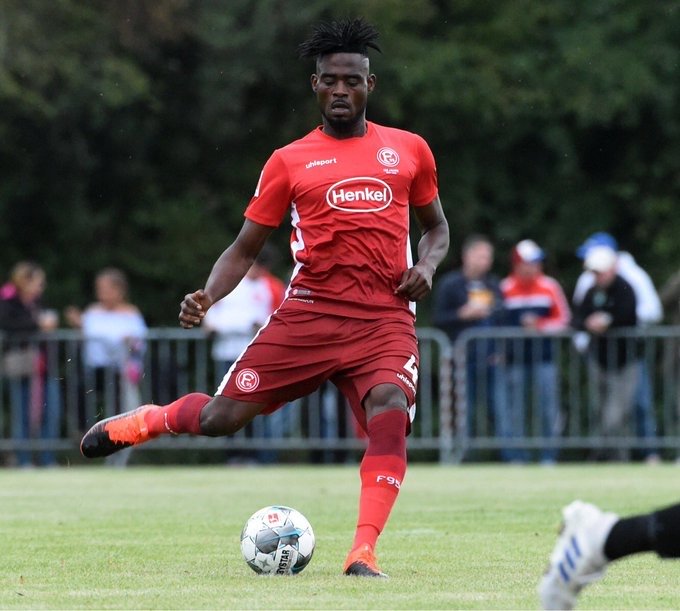 Ghana international Kassim Adams made his debut for his new club Fortuna Düsseldorf in a pre-season friendly win over TSV Bockum on Tuesday.

Adams featured in both halves as Düsseldorf thumped Bockum 7-0 as part of preparations for their Bundesliga opener on Saturday.

His compatriot Kelvin Ofori also featured in the friendly match.

The 24-year-old is now in contention to face Werder Bremen in their league starter.

He has joined the Bundesliga on a season-long loan move from TSG Hoffenheim after returning to Germany following an extended break after the 2019 Africa Cup of Nations.