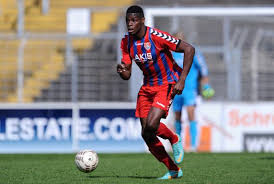 The 31-year-old, who is not known for bombing forwards, found himself in a dangerous position in the 73rd minute and found a way past the opposition goalkeeper.

The victory ended his side's streak of seven league games without a win.

This season, Schultz has played 18 league games where he has scored twice and provided three assists.

He is well travelled having played in England, Germany, Switzerland and Greece in the past.