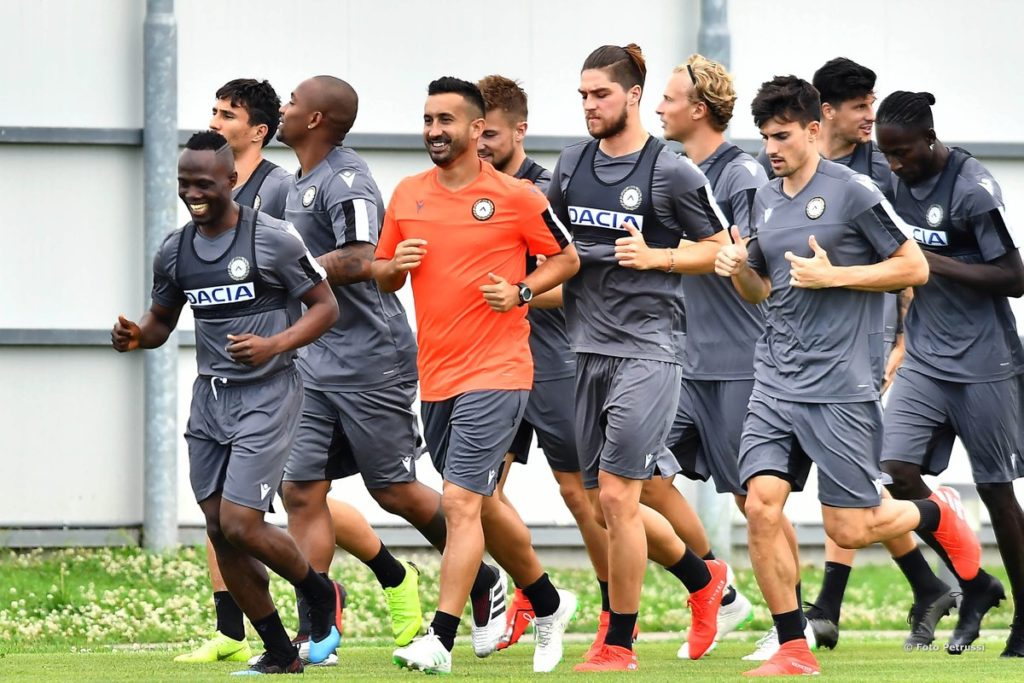 Ghanaian duo Emmanuel Agyeman-Badu and Nicholas Opoku started pre-season training with their Udinese teammates ahead of the upcoming season.

The pair were actively involved in the first day of practice at the "Dino Bruseschi" Sports Center for Udinese under the supervision of manager Igor Tudor.

The Udinese players present were involved in Physical training, some gym work later in the day, and technical activation.

The team continued with some draining work before technical-tactical exercise and ball possession.

Agyeman-Badu is in his ninth season at the club but had a difficult campaign last season following injury troubles. He played only four games in the 2018/19 season.

Meanwhile, Nicholas Opoku, who joined from Tunisian side Club Africain last season, enjoyed a good campaign making 12 appearances in the Serie A.

Both players are looking at playing key roles in the upcoming season.