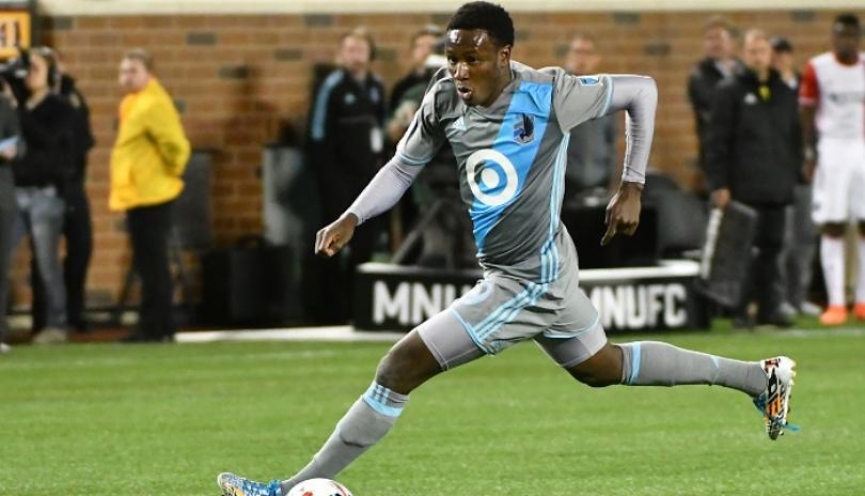 United took the UCLA star first in the 2017 SuperDraft before its inaugural season, hoping he would become a centerpiece for its future.

But his promising rookie season was offset by hamstring and other injuries in 2018 and 2019.

"The unfortunate part is you get punished for having a really deep squad when you have more than 12 really talented players," United technical director Mark Watson said. "We had some really hard decisions, and we were pretty confident one of our guys would be taken."

Danladi, 24, scored two goals and had two assists while starting four of 24 games he played this past season as 2018 first-round pick Mason Toye surpassed him for playing time and took the starter's job late in the season. Danladi played almost twice as many minutes in his rookie season as he did this past season (704).

In 2018, he also was limited by injuries to 15 games and 483 minutes, after an impressive rookie season in which he scored eight goals — four of them game-winners — and had three assists in 27 games.

Danladi made the MLS team of the week twice in 2017 and finished second in Rookie of the Year voting.

United could lose only one player Tuesday, and it did almost right away during a process in which Nashville and Inter Miami CF swapped picks, with Miami selecting NYCFC left back Ben Sweat first.

The Loons receive $50,000 in general-allocation money for losing Danladi and are exempt from the 2020 expansion draft because it lost a player this year. Expansion teams in Austin, Texas, St. Louis and Sacramento will start playing by 2022.