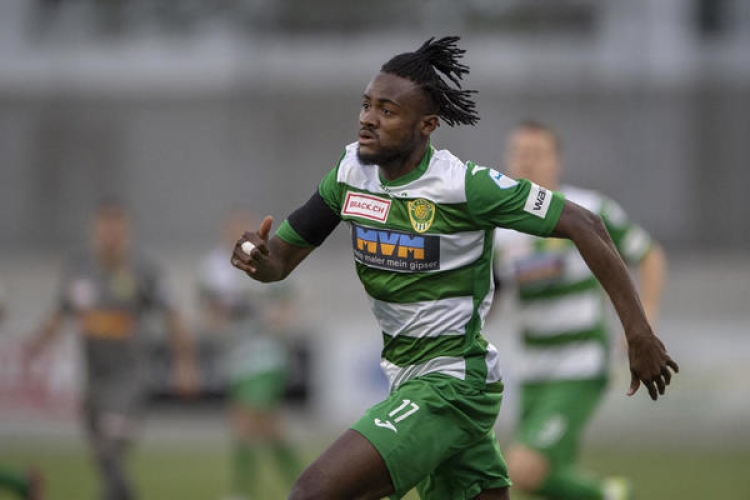 French Ligue 2 side, Amiens SC are on the verge of signing Ghanaian international Asumah Abubakar-Ankra.

The 23-year-old has emerged as a hot commodity following his brilliant season in the Swiss Challenge League with SC Kriens in the just-ended season.

The enterprising forward scored fifteen goals and provided six assists in his 38 appearances for SC Kriens in his debut season.

A report filed by Kickgh.com says Amiens SC are in pole position of landing the skilful winger for their next season's campaign.

His current transfer fee is pegged at €650,000 according to Transfermarket.com

Earlier this week, Amiens have completed the signing of the Ghanaian midfielder Emmanuel Lomotey from Spanish side Extremadura UD.

FC Zurich, Grasshoppers Club Zurich and English Championship side Brentford are all interested in the striker.