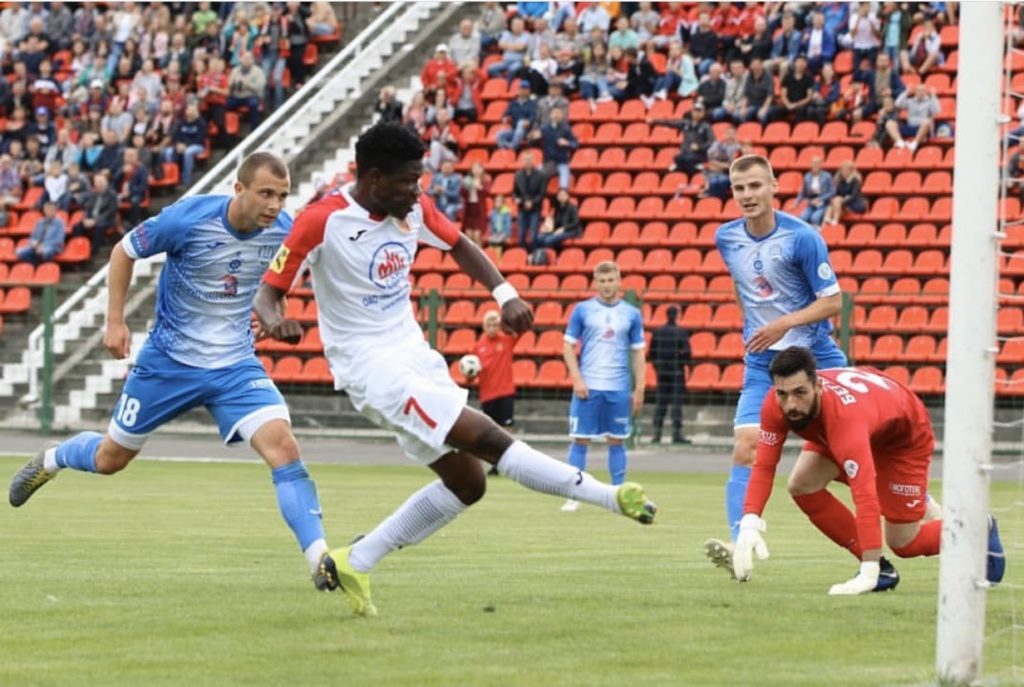 Ghanaian striker Francis Narh scored his debut for Slavia Mozyr in their 1-0 win over Dnyapro 1-0 in the Belarusian top-flight League on Saturday.

The 25-year-old scored the only goal of the game in the 16th minute to clinch all three points at home.

He put up an incredible performance and was adjudged Man of the Match.

He lasted the entire duration of the game.

Meanwhile, his compatriot Dennis Tetteh was substituted in the 84th minute of the game.

The former Ghana youth forward, who was clubless joined Slavia Mozyr on a season-long loan.

He was a member of the Ghana U-20 squad that represented Ghana at the 2013 FIFA U20 World Cup held in Turkey.