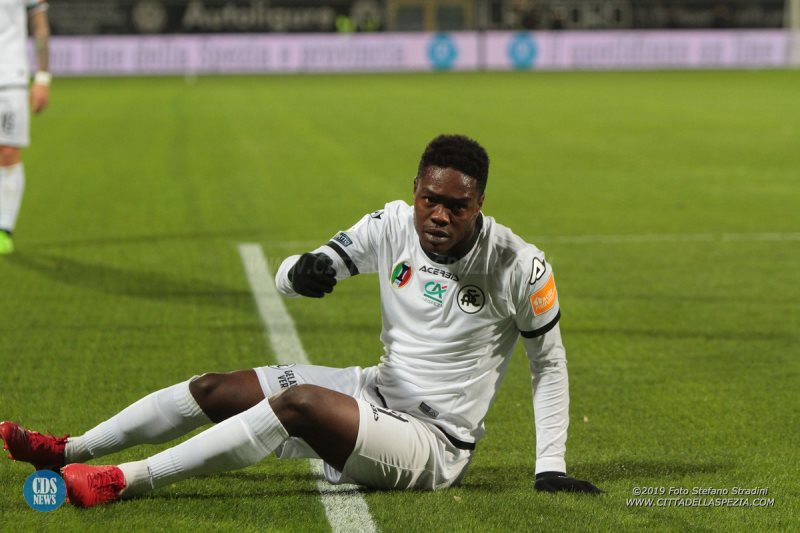 Emmanuel Gyasi was sidelined for Spieza's game against Cremonense due to a one game suspension but is now available for the clash against Ascoli on Saturday.

Spieza faced some challenges against Cremonense but clinched a 3-2 win at the final whistle. They have now amassed 12 points from their last four games in the Serie B.

They are now in third place and are fighting for a chance to move up to Italy's top flight division at the end of the campaign.

Emmanuel Gyasi has featured regularly for the Serie B outfit this season, playing 19 league games and scoring two goals. He has also featured twice in the Coppa Italia this season and scored once.