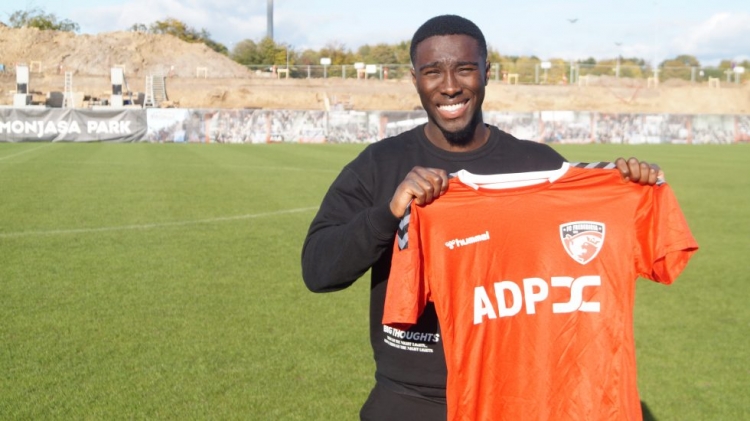 Ghanaian international Justin Shaibu has completed his move to Danish side FC Fredericia, footballghana.com can report.

The Denmark-born forward has in the past week been on trial with the lower-tier club over the possibility of securing a move.

Having managed to impress over the one week period, Justin Shaibu has been signed on a season-long deal to provide a squad boost for FC Fredericia.

“FC Fredericia has signed a contract with the 22-year-old striker Justin Shaibu, who has been on trial training at the club for the last few days, on a contract that runs for the rest of the year.

“Justin Shaibu joins the club after being on contract at Brentford since 2016”, an official club statement has said.

According to director Stig Pedersen, the club has found the ideal extra striker that they have been looking for.

“We have been looking for an extra striker to strengthen the width of our squad, and we have now found him in Justin Shaibu”, he said as quoted on the website of the club.