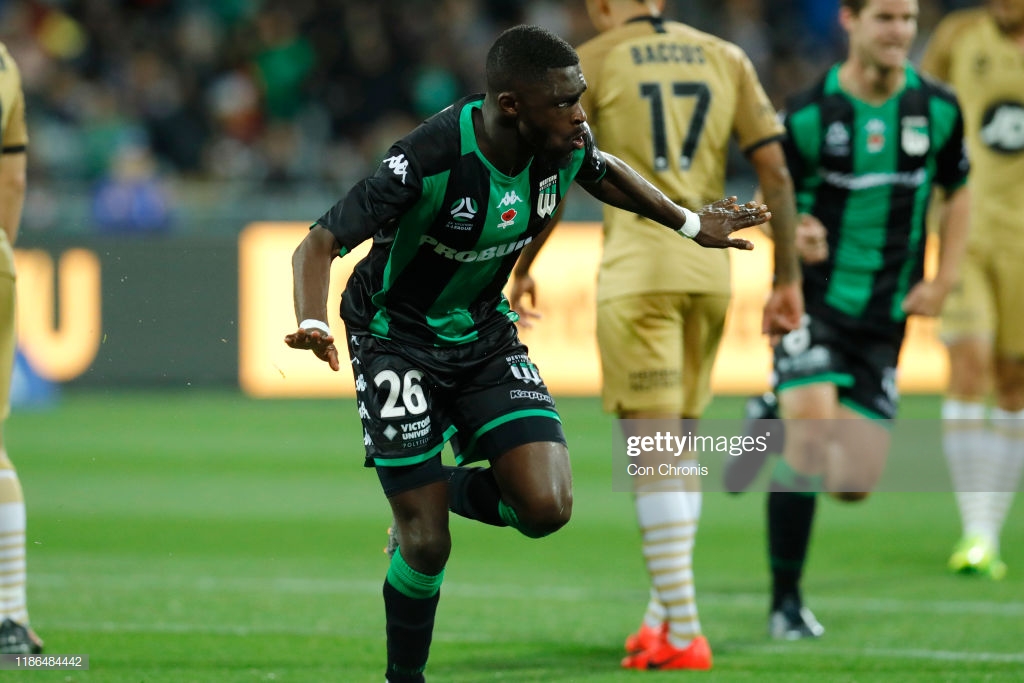 Ghanaian forward Kwabena Appiah was named in the Hyundai A-League Team of the Week following his splendid performance Western United FC over the weekend.

Appiah scored the winner for the Hyundai A-League newcomers in their 2-1 home victory against Sydney Wanderers.

Mitchell Duke gave the visitors the lead with just five minutes into the game but Andrew Duurante scored the equaliser in the 13th minute with a powerful header from a corner kick.

The 27-year-old Ghanaian snatched the winner after skillfully dummying his marker to bury the ball into the net.

The goal was the Appiah's first of the season, propelling Western United to second place on the table after just five games.

Below is the Hyundai A-League Team of the Week: