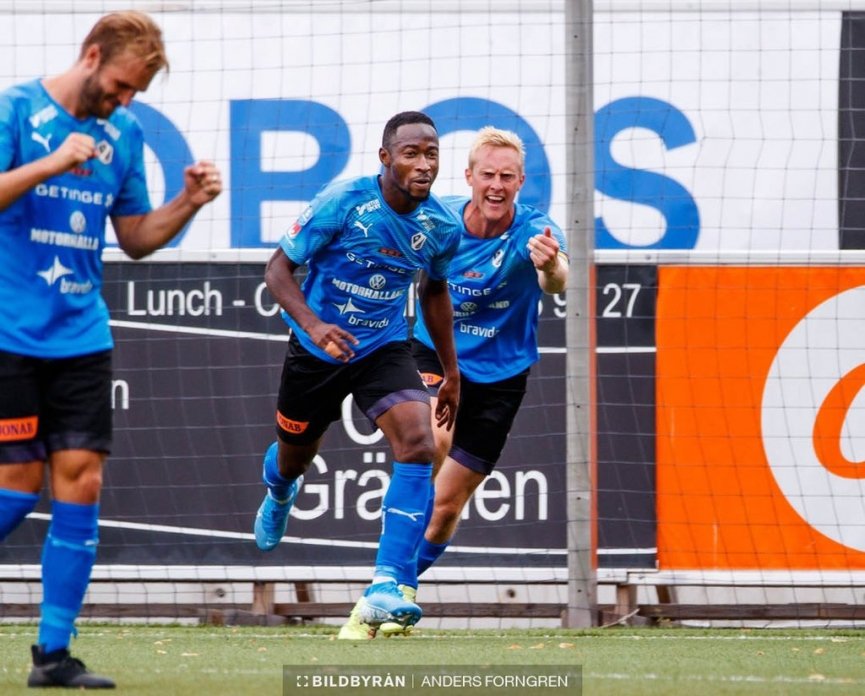 Ghana and Halmstads BK forward Sadat Karim has expressed his happiness after scoring the winning goal for his side in their 3-2 win over Västerås SK Fotboll in the Swedish second-tier league.

The 27-year-old came off the bench to clinch all three points for Halmstads in their five-goal thriller on Saturday.

Halmstads BK took a 2-0 lead into half-time after Rasmus Wiedesheim-Paul and Mikael Boman scored in the 5th and 25th minute of the game.

However, the home side levelled after the break with two quick goals from Simon Johansson and Karwan on the 71st and 79th minute respectively.

But, a late strike from substitute Karim Sadat secure all three points for the away side.

Sadat took to Twitter after the game to express his delight.