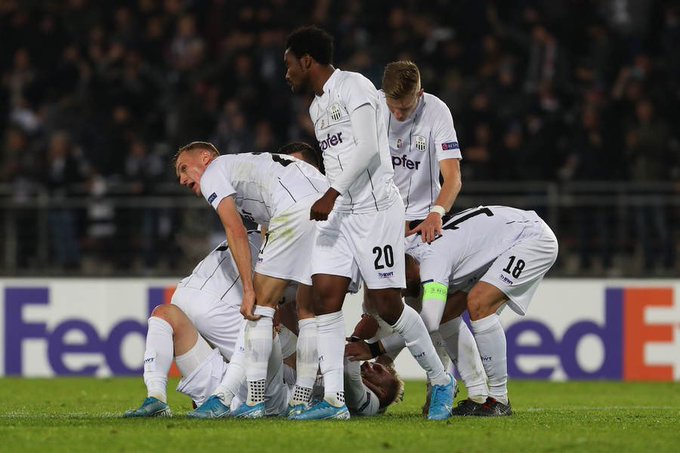 Ghanaian forward Samuel Tetteh was in action for LASK Linz as they thrashed Dutch giants PSV Eindhoven 4-1 in the Uefa Europa League on Thursday evening.

The 23-year-old came off the bench in the 69th minute to replace Markus Raguz as they won convincing at the Linzer Stadion.

However, a second-half masterclass from the home side saw Reinhold Ranftl score the equaliser in the 56th minute before Dominik Friesser doubled LASK lead four minutes later.

Joao Klaus de Mello bagged a brace to complete the thumping for the Austrians.

The win lifts LASK Linz to second on the table with seven points, just two behind leaders Sporting CP.