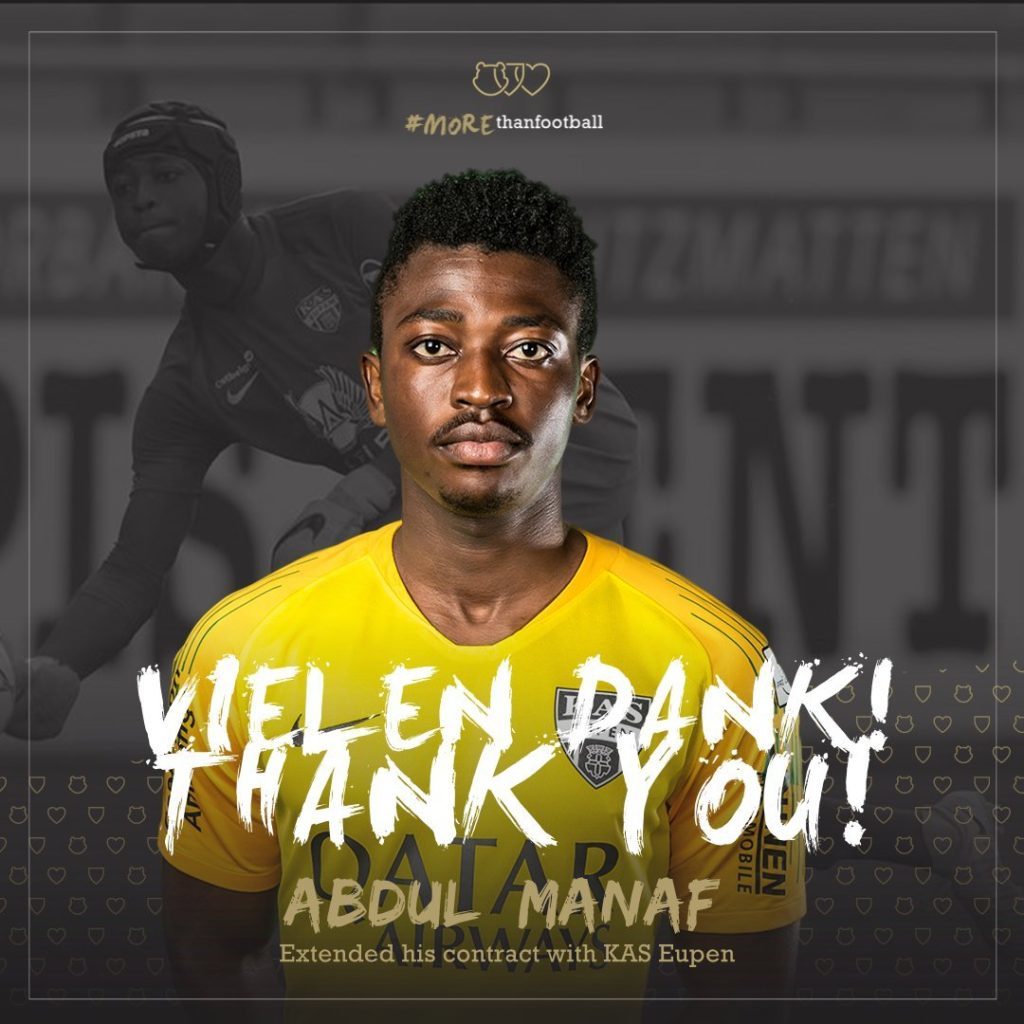 Nurudeen penned a two-year deal with the club he joined from the Aspire Academy Senegal in 2017.

The 21-year-old has been one of the performers at the club since making his debut and has grown to become a reliable shot-stopper in the post for the three years.

"Abdul Manaf is a very talented and reliable goalkeeper. Even if he has not yet played with our first team, he is an integral part of our professional core." he said

"Thanks to his talent and commitment, he will continue to develop with us over the next two years. We are delighted that Abdul Manaf continues to be part of our team."

The highly-rated youngster was the first choice goalkeeper for the Black Satellites during the 2019 U-20 Africa Cup of Nations in Niger.

He currently features regularly for the U-21 team.