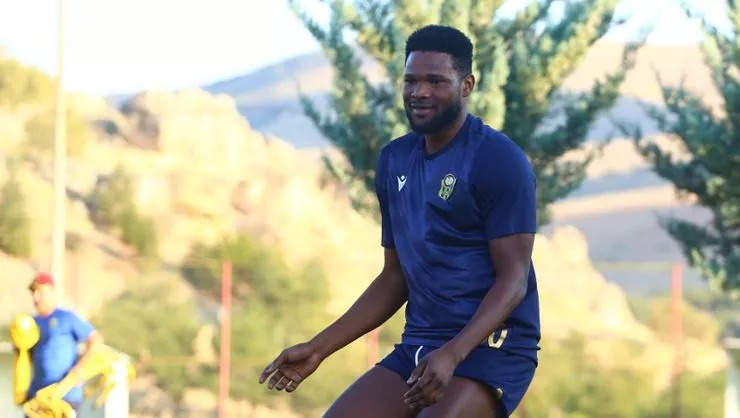 Ghanaian international, Benjamin Tetteh trained with his Yeni Malatyaspor teammates on Thursday in hopes of getting match fitness for the clash against Fatih Karagümrük today.

The forward has been out injured for the past few weeks and as a result had no part to play for his team in their last two matches.

Fortunately, Benjamin Tetteh has gradually left the treatment room as he nears making a return for matchdays.

On Thursday, September 16, 2021, the exciting attacker was on the grass and trained with his Yeni Malatyaspor teammates.

Although it is not confirmed if he will have a role to play for his team in the game against Fatih Karagümrük today, sources say his manager Öznur Kablo is planning on using him as a second half substitute in today’s crucial home match.

The encounter against Fatih Karagümrük will kick off at 17:00GMT later this evening.