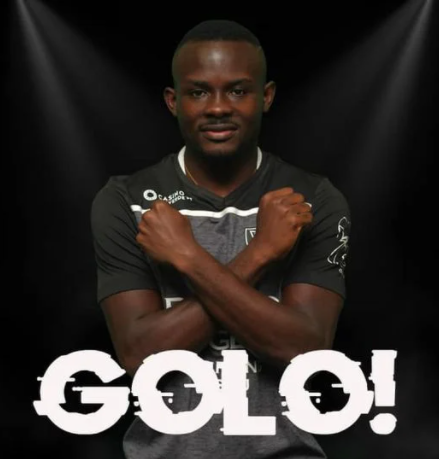 Ghanaian international, Paul Ayongo bagged his first goal of the season for Academico Viseu in their 1-0 win over Benfica B in the Portuguese second tier on Saturday.

Ayongo lasted for 74 minutes as he helped his side seal all three points in their match week seven encounter.

The 23-year-old scored the only goal of the game in the 26th minute as Academico Viseu picked up their first league win of the season.

He has scored one goal and provided one assist for Academico Viseu in the Portugal Secunda Liga so far this season.