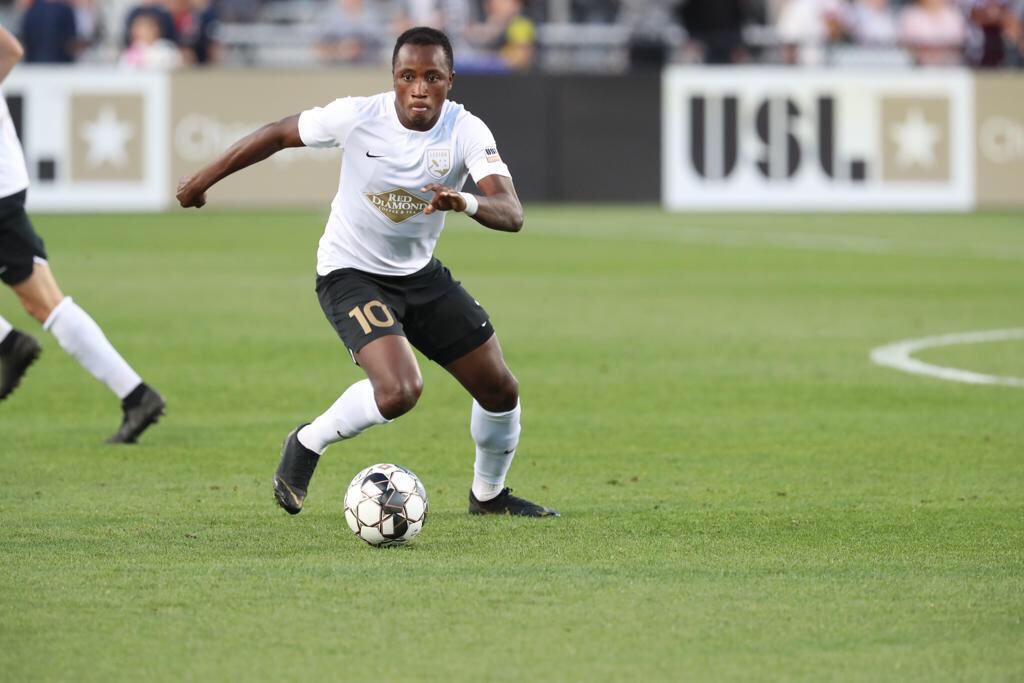 Ghanaian international Prosper Kasim scored for Birmingham Legion in their 4-2 defeat to Tampa Bay Rowdies in the quarter-final of USL Championship playoffs.

The 23-year-old put up an incredible display for his side but it was not enough as the Three Sparks suffered elimination at Al Lang Stadium.

Tampa Bay took the lead through Jordan Doherty in the 8th minute of the game before Sebastian Guenzatti doubled their advantage in the 38th minute.

After the recess, Kasim halved the deficit for Birmingham Legion in the 57th minute before Bruno Lapa equalised made it 2-2 six minutes later.

Quick strikes from Lucky Mkosana and Leo Fernandes in the 78th and 80th minutes respectively restored Tampa Bay’s two goals lead to dent any hopes of Birmingham Legion come back.

Kasim lasted the entire duration of the game.

He has now scored three goals and provided three assists for Birmingham Legion so far this season.