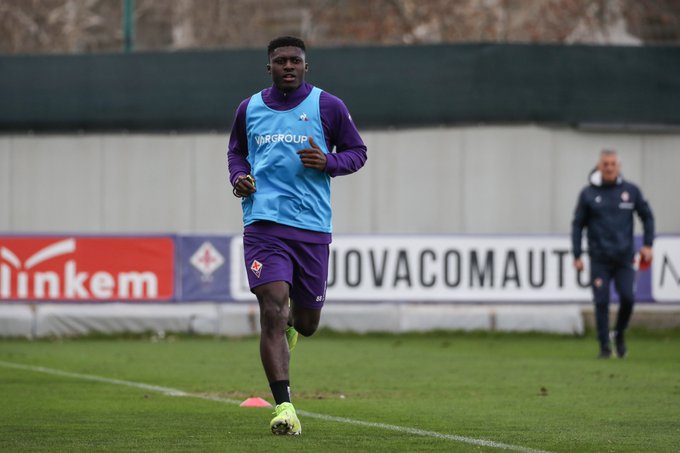 Ghana and Fiorentina midfielder Alfred Duncan is eyeing a return from injury in his side's Serie game against Sampdoria on Sunday.

The 26-year-old completed a €15m switch to Fiorentina on the transfer deadline day, bringing an end to his four-year stay with the Neroverdi.

However, Duncan arrived at the club with an injury he sustained in Sassuolo's 2-1 defeat to Genoa.

The Ghanaian is edging closer to action after training with his new teammates for the first time this week.

Speaking ahead of the game, Duncan revealed he is ready for Sunday's game.

"I have started training with my new teammates and I think I will be there on Sunday against Sampdoria," he said at a press conference. "With my characteristics, I can play anywhere. I’m at the coach’s disposal.

"In the middle, I could play both phases and exploit my own characteristics. There are some great players in the midfield here and I will have to work hard to establish myself."

He made 13 appearances for US Sassuolo, scored one goal and provided five assists in all competitions this term.

He has featured in eight games of the senior national team of Ghana, the Black Stars.