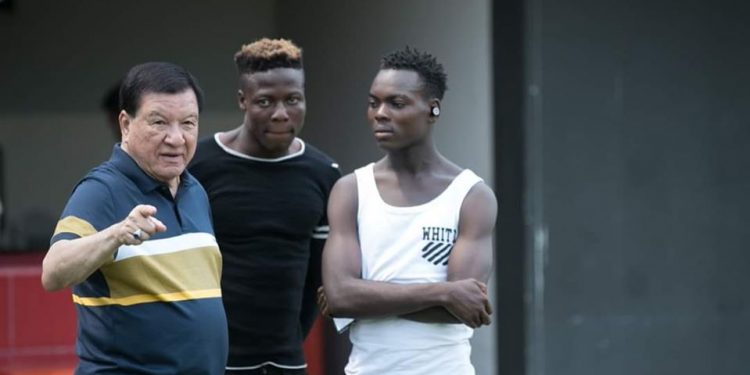 Ghanaian midfielder Armah Vaikanah has touched down in Thailand ahead of his proposed move to Premier League side Police Tero.

Armah, who currently plays for LISCR in Monrovia is set to sign a three-year deal for a reported fee of $100,000 after successful negotiations between both parties.

Despite making his Liberia debut on July, 21, 2019 in a friendly game against Equatorial Guinea, the central midfielder is still eligible to feature for the senior national team of Ghana, the Black Stars.

He has been rated as one of the best midfielders in the Liberian topflight so far this term.