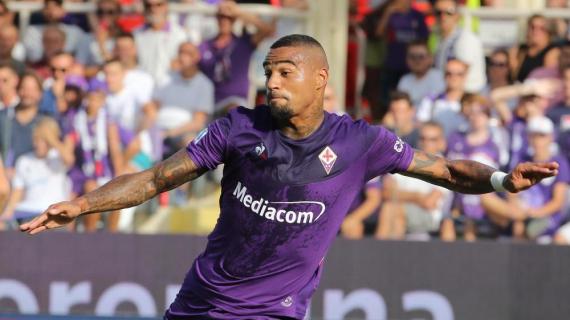 Ghanaian midfielder Kevin-Prince Boateng was in action for Fiorentina as they defeated  Sassuolo 2-1 in the Serie A on Wednesday evening.

The 32-year-old who was making his second start of the season lasted for 75 minutes and was replaced by Dusan Vlahovic as he helped La Viola seal a vital away victory at the Mapei Stadium.

The visitors had gone behind from a Jeremie Boga 24th minute strike, but they responded after the recess through Gaetano Castrovilli and Nikola Milenkovic.

The former AC Milan ace is still without a goal since the opening 4-3 defeat to Napoli at the Artemio Franchi.

Fiorentina will host Parma at the Artemio Franchi Stadium on Sunday evening.