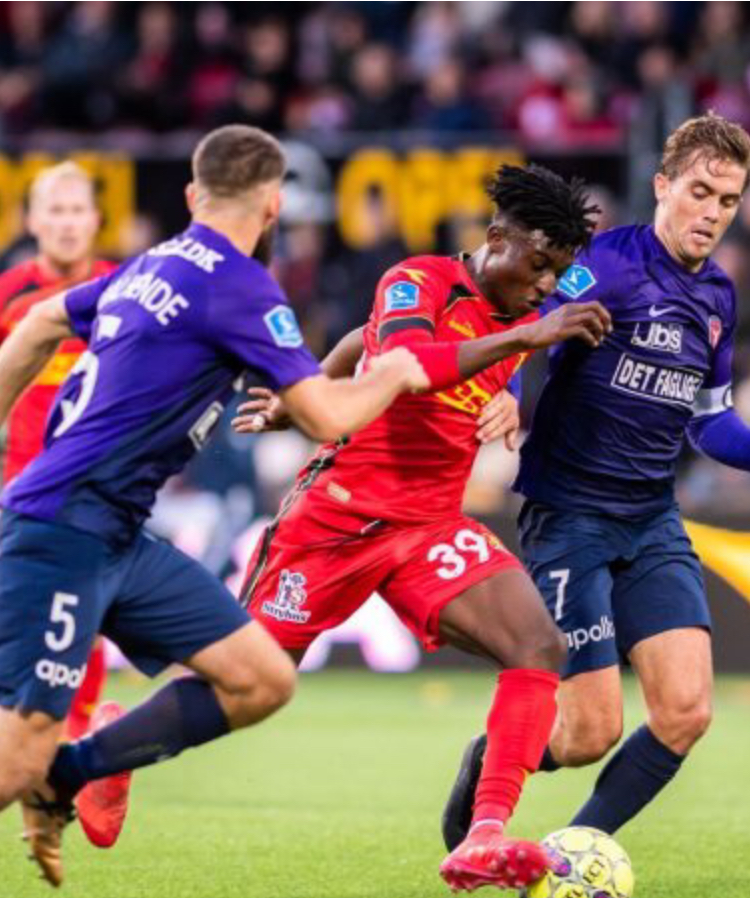 Ghanaian youngster Kudus Mohammed was on target for FC Nordsjaelland in their 4-1 win over SonderjyskE in the Danish Super Lig on Sunday.

SonderjyskE went into the match with a four-match winning streak and were hoping to extend that record with a victory over the Wild Tigers.

Nordsjaelland took the lead courtesy through Mikel Demsgaard in the 9th minute but Jeppe Simonsen scored the equaliser for the home side in the 22nd minute.

Kian Hansen doubled Nordsjaelland's lead before Demsgaard bagged his brace of the afternoon after connecting to Isaac Atanga’s superb pass.

Kudus Mohammed extended his side's lead to four with a fantastic strike in the 79th minute to seal a convincing win for the visitors.

The 19-year-old Ghanaian has made nine appearances and scored four goals for FC Nordsjælland so far in the 2019/20 season.