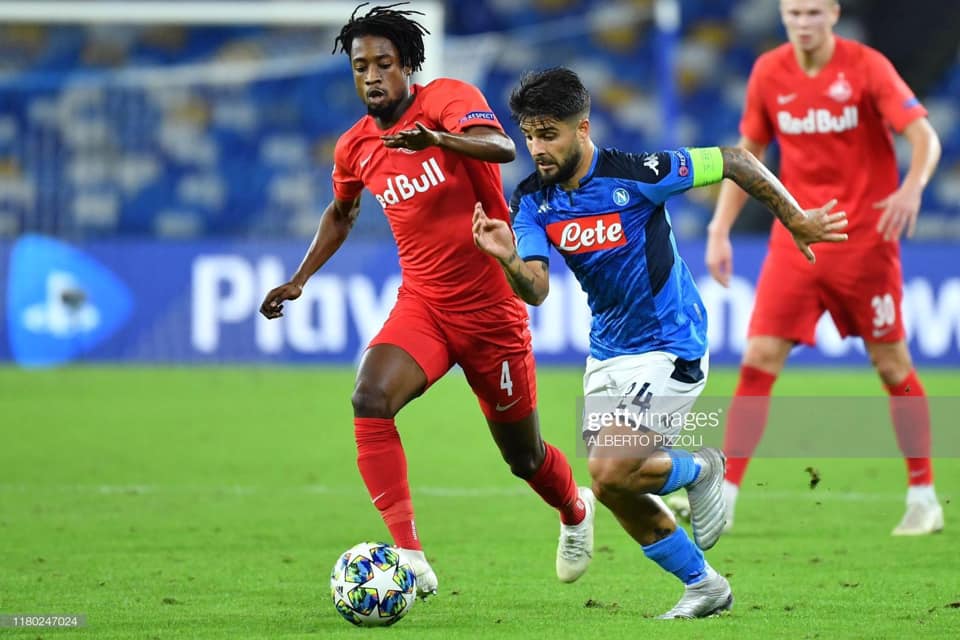 Ghanaian midfielder Majeed Ashimeru was in action for Red Bull Salzburg as they held Napoli to a 1-1 draw in thUefa Champions League in Naples on Tuesday.

Ashimeru came off the bench to help his secure a vital away point in match day four of the Champions League.

The 22-year-old replaced Takumi Minamino in the 60th minute as Salzburg denied Napoli from qualifying to the round of 16 stage of the Champions League at home.

Erling Haaland gave the visitors the lead in the 11th minute, becoming just the fourth player in Champions League history to score in his first four games.

Napoli would have qualified for the last 16 with a victory.

Ashimeru put up an impressive as the Austrian side kept their round of 16 stage dream alive.