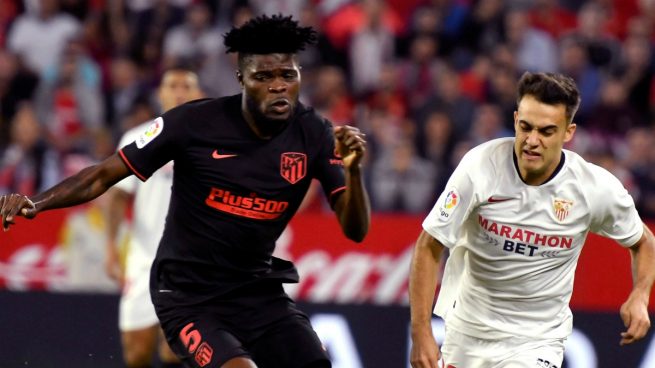 Ghana international Thomas Partey was in action for Atletico Madrid as they drew 1-1 with Sevilla in the Spanish La Liga on Saturday evening.

The 26-year-old lasted the entire duration as the Los Rojiblancos continued their habit of churning out draws in the Spanish top-flight at Ramon Sanchez Pizjuan.

Franco Vazquez gave the home side the lead in the 28th minute of the game before Partey was then booked for a foul six minutes later.

The visitors had thought they had the equaliser in the 58th minute from a Diego Costa header, but it was ruled out for offside after the VAR review. They eventually equalised courtesy Alvaro Morata's strike.

Atleti had the chance to take the lead from the penalty spot in the 72nd minute, but Costa had his effort saved by Tomas Vaclik.

It was Atletico Madrid's fifth draw in seven league games as they failed to climb to the top of the table after Barcelona lost 3-1 at Levante.

Partey put an incredible performance for the visitors, making 56 passes, the most of any Atleti player, of which 47 were accurate at 83.9%. His 75 touches on the ball were also the highest among his teammates.