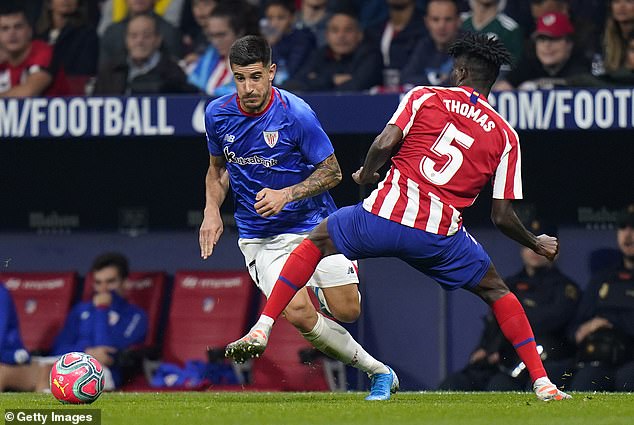 Ghana international Thomas Partey starred for Atlético Madrid as they ended their three-game winless run in La Liga with a 2-0 win against Athletic Bilbao on Saturday.

Partey, who was making his is fourth consecutive start helped the Los Rojiblancos seal a convincing win at Wanda Metropolitano.

Saul Niguez and Alavaro Morata scored in either half to give Diego Simeone’s side all three points and their eighth clean sheet from 10 matches so far this season.

The result lifts Atlético Madrid to second on the league table, same points (19) as league leaders Barcelona, who are not in action this weekend, after El Clasico was postponed due to security reasons and rescheduled for December 18.

Partey lasted the entire duration of the game and made 43 accurate passes (84.3%) and 60 touches, while he won three of six ground duels and one in three aerial battles.