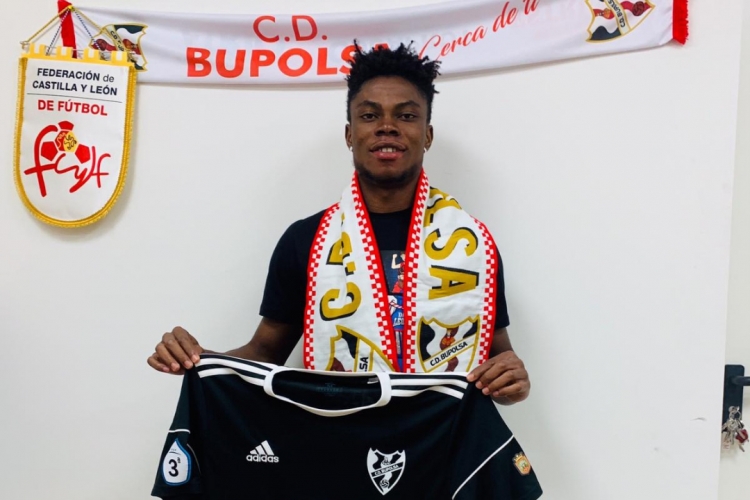 The youngster has moved from Spanish La Liga club Real Valladolid where he was a member of their youth team.

Hoping to further develop as his career talks shape, Victor Asamoah has joined CD Bupolsa to give the side a squad boost.

The Spanish third-tier wrapped up the signing of the midfielder on Monday on the back of successful negotiations.

Having inked a 1-year contract, Victor Asamoah will be expected to play a key role for the team throughout the 2020/2021 football season.

The club is keen on promotion to the Spanish Segunda Division and hopes the acquisition of the 20-year old adds depth and quality to the team.

During the 2019/2020 football season, Asamoah was on loan at Atlético Tordesillas. At the club, he impressed and scored 2 goals after making 17 appearances.