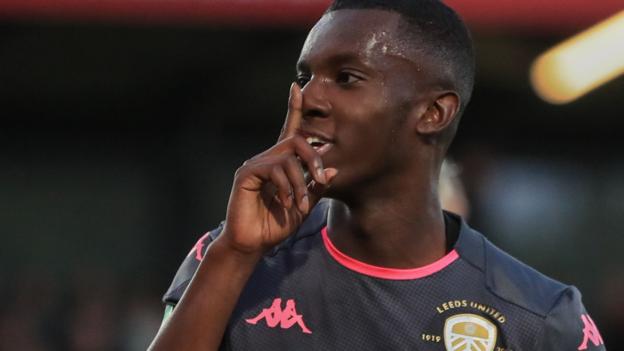 Ghanaian youngster Eddie Nketiah bagged his first goal of the season for Leeds United in Carabao Cup as they defeated Salford City 3-0 on Tuesday night.

Leeds United recorded a heavy victory to progress to the next round of the competition.

Nketia, 20, scored his first goal of the season just before first-half, while Gaetano Berardi and Mateusz Klich sealed their passage with two more after the recess.

The highly-rated forward joined Leeds United on a season-long loan deal from English Premier League giants Arsenal despite an impressive pre-season with the Gunners where he was one of the standout players in the team.

He is eligible to represent Ghana despite playing for England at the youth level.