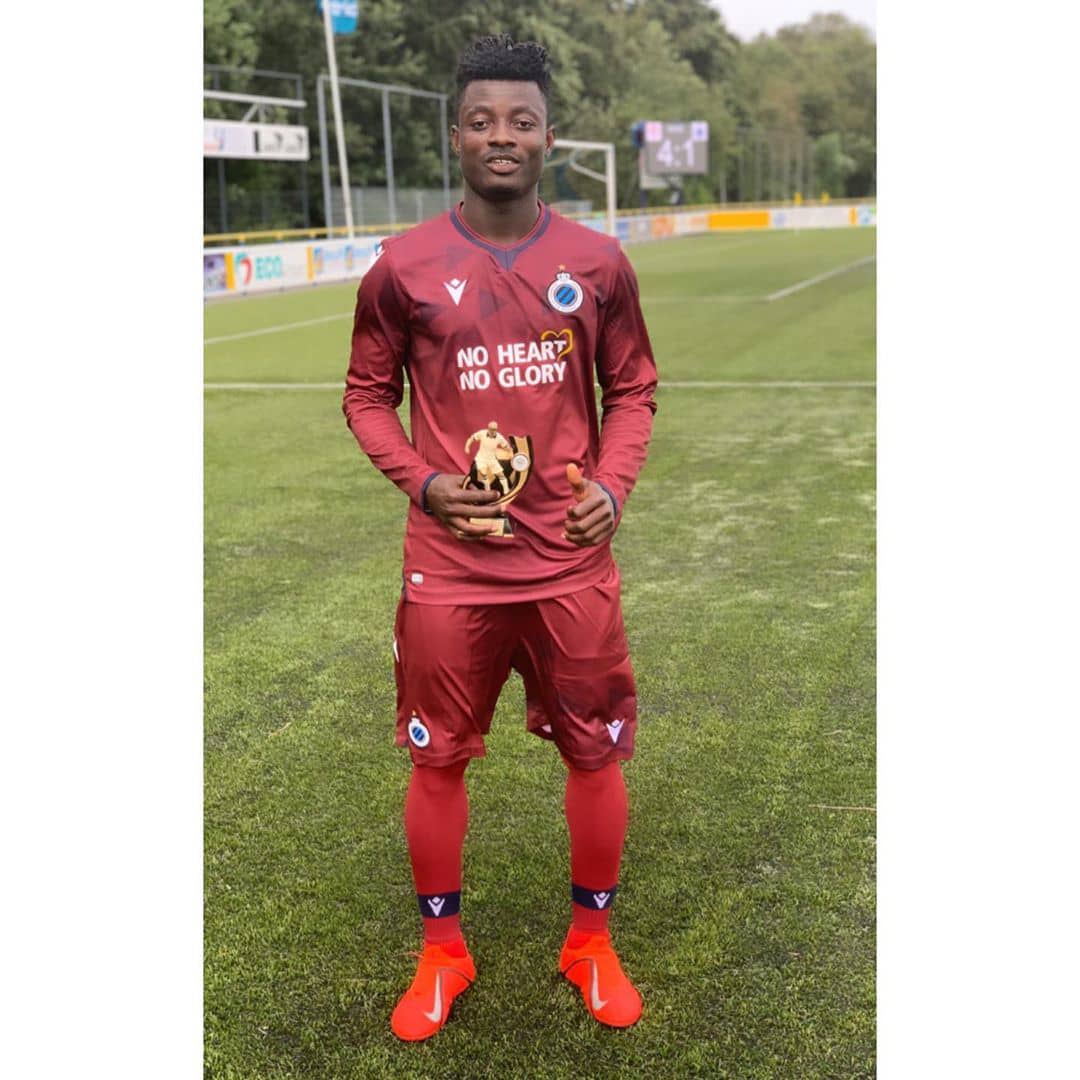 The 2020 edition of the Sparkasse & VGH CUP came to an end last week IN Germany, with Ghanaian international Eric Appiah been the stand out performer for Clug Brugge who made it to the quarter final of the competition.

Eric Appiah scored 10 goals whiles providing six assists to help his team qualify to the quarter-final of the competition. Their hopes of winning the trophy were however dashed when Mainz deservedly beat them 4- 1.

The left-winger has been a regular and consistent performer for club’s U-19 side in both the Uefa Youth Cup and the Belgium reserve league.