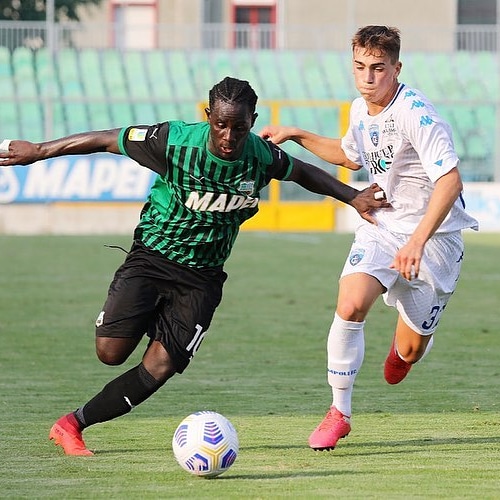 Ghanaian hotshot Brian Oddei has been included in the list of Sassuolo's first team squad for their Serie A game against Hellas Verona on Sunday.

Brian has been in red hot form prior to the suspension of Italy's Primavera championship with five assists and a goal to his credit in four games.

He was also voted as the Most Valuable player in the month of October for his decisive influence in three victories and a draw.

This is his first call up to senior side this season after receiving invitation the previous year against Perugia in the Italian Cup and Napoli in the league.