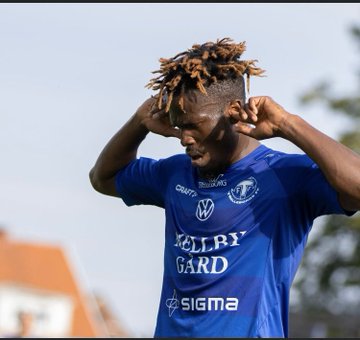 Ghanaian striker Abdul Fatawu Safiu scored for Trelleborgs FF in their 1-0 away win over Dalkurd FF in the Sweden Superettan on Saturday.

Safiu's lone strike in the 91st minute of the game helped side cruise to a slim victory.

The 26-year-old climbed off bench to play a key role in helping his side secure all three points.

After a goalless first-half, Dalkurd FF missed an opportunity to open the scoring in the 66th minute when Samuel Holm missed from the penalty spot.

With three minutes added to bring an end to the game, the Ghanaian rose highest in the box to head home Mäns Soderqvist’s cross to win the game for his team.

Trelleborgs FF are 9th on the league table with 32 points after 28 matched played thus far.

Safiu has now scored six goals and provided two assists in 26 games played so fa this season for the Blue and Whites.