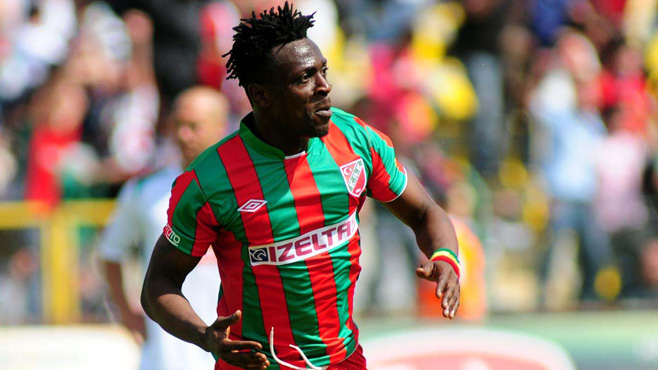 Ghanaian striker Emmanuel Banahene scored his first goal for his Egyptian side Al-Ittihad Alexandria in an Egyptian League game with Al-Nasr at the Borg El Arab Stadium.

Banahane scored the first goal as they hammered Al-Nasr 3-0 on Wednesday.

Despite the first half ending in barren draw, Al-Ittihad demonstrated their class in the second half as Ahmed Moussa Kabouria opened the scoring in the 53rd minute.

Razak Cisse scored the cushion goal for the home side four minutes later with a sublime strike as Banahene scored in the 87th minute to ensure emphatic victory for his side.