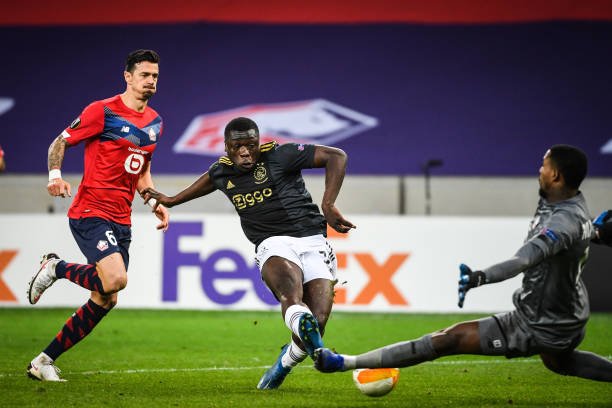 Dutch-born striker of Ghanaian descent, Brian Brobbey has seen his injury-time goal against Lille winning the February goal of the month award at Ajax.

The youngster last month climbed off the bench to score the winning goal for the Eredivisie giants when they traveled to France to take on the Ligue 1 side in the first leg of the Round 32 of the Uefa Europa League.

Having received a nomination for the Lasse Schöne Trophy, Brian Brobbey has won with the most votes and hence takes home the goal of the month award for February.

Speaking after receiving the award on Thursday, the attacker expressed his delight and acknowledged Davy Klaassen for giving him a nice pass.

“It feels good. It was an important goal, so I am very happy with it. It was a very nice ball from Davy Klaassen, with a lot of feeling. I saw the keeper’s legs open and in a split second I decided to shoot,” he said as quoted on the club’s official website.