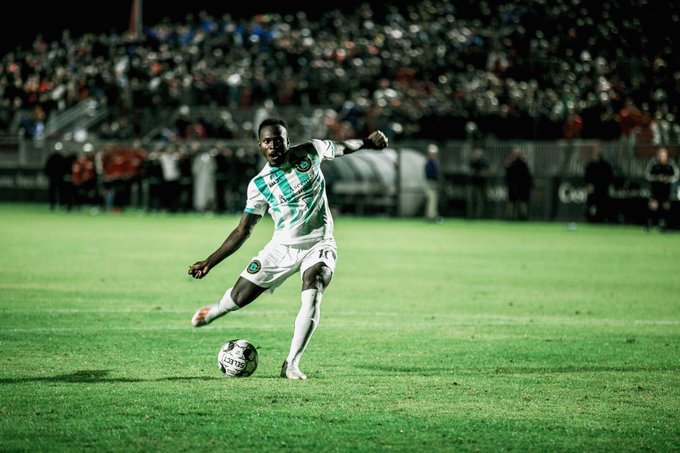 Ghanaian youngster Francis Atuahene has expressed his gratitude to United Soccer League side Austin Bold after a successful loan spell.

The 23-year-old's loan spell came to an end in a penalty shoot out defeat to Phoenix Rising in the quarter finals in the Western Conference.

He spent the second half of the season on loan at the USL side, where he made 10 appearances and scored once.

After the game, Atuahene took to personal twitter handle to thank Austin Bold for an amazing experience.

"Thank You Austin Bold. What an experience," he posted.

Austin Bold and Phoenix Rising played out a goalless draw after a pulsating 120 minutes of football as the game went straight to penalty shootout.

Adam Jahn almost gave Phoenix Rising the lead when his header from a set-piece delivery hit the crossbar.

Bold's Ghanaian forward Ema Twumasi also came close to getting the visitors the lead with a one-on-one with Zac Lubin but couldn't convert.