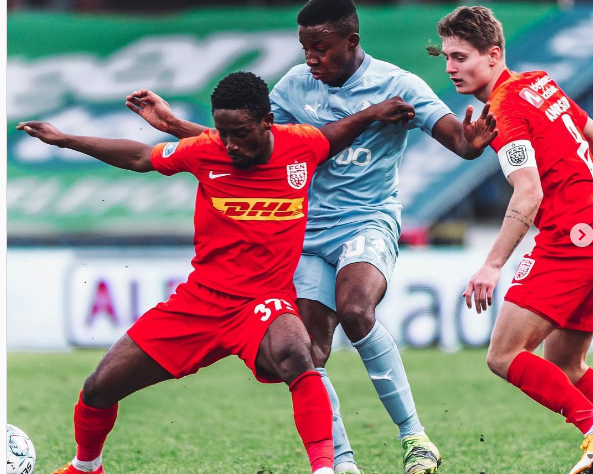 Ghanaian international Ibrahim Sadiq has expressed his delight after starting in his first match of the season for FC Nordsjaelland in the draw against Randers over the weekend.

The talented striker is one of a number of Ghanaian youngsters at the Danish Superliga club making a case for players from the Right to Dream Academy.

Yesterday, the 21-year-old was handed a starting role for FC Nordsjaelland when the team locked horns with Randers FC on matchday 17 of the ongoing league season.

Taking to his Instagram page to share his thoughts on the game, Ibrahim Sadiq shared his excitement to the first start of the season but bemoaned his team’s inability to win at the end of the game.

“Not the result we wanted but happy to get my start of the season and a good team performance. We go again on Sunday,” Sadiq shared on Instagram after the game.