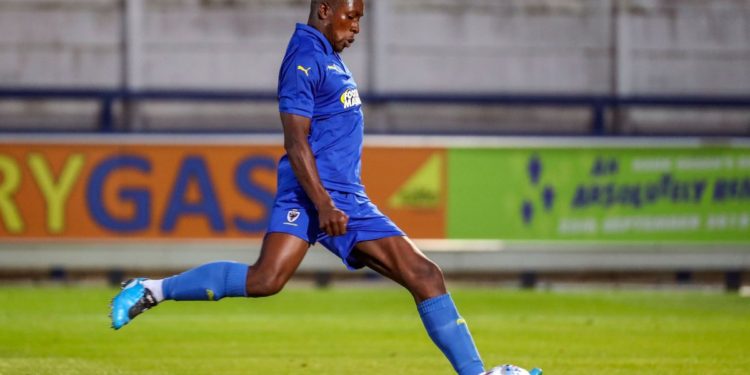 Ghanaian youngster Michael Folivi was on target for AFC Wimbledon in their 3-2 pre-season friendly loss against Bristol City on Tuesday night.

Folivi scored from the penalty spot in the five-goal thriller against the Championship side in an entertaining game.

The 21-year-old also came close to a wonderful goal just before striking from 12yards and it was a highly encouraging display back with The Dons.

Adam Roscrow also netted from the penalty spot as Wimbledon got the goals to match a good attacking performance that almost earned a draw after City had marched into a 3-0 lead.

Having finished eighth in the Championship last season, it was no surprise that Bristol City had the majority of the possession early on. However, Wimbledon maintained a good defensive shape to nullify the visitors and showed moments of attacking promise on the break.

One quick foray forward almost brought reward in the 10th minute when Rod McDonald found Joe Pigott in space and his intelligent pass picked out overlapping full-back Kyron Stabana, who had his shot tipped over by City keeper Rene Gilmartin.

In a first half hour of little goalmouth action, Wimbledon needed Mitch Pinnock to clear the danger out of the area after Anthony Wordsworth had initially failed to do so.

There was no reprieve for Wimbledon in the 32nd minute though when City marched into the lead. It was a sloppy goal to concede as a routine corner was swung into the near post by Niclas Eliasson and Adam Webster was allowed space to head home.

As the game approached the latter stages of the first-half, Wimbledon started to gather a bit of attacking momentum. Wordsworth’s superb corner delivery from the left picked out Joe Pigott, but he headed over the crossbar.

Then McDonald picked out marauding full-back Nesta Guinness-Walker on the left and he produced a fine run, but his cross was cut-out.

The first-half had certainly got better as it progressed after a slow start and Wimbledon could take plenty from matching their opponents for the majority of the first 45 minutes.

Following that encouraging first-half for Wimbledon, it didn’t take long for City to stamp their authority on the match in the second half. Less than two minutes after the break, it was 2-0 through Famara Diedhiou, who found space on the left and cut inside, before unleashing a low drive that left Tzanev with no chance.

Wally Downes changed his entire starting 11 with an hour gone with new signings Michael Folivi and Luke O’Neill among those entering the fray.

The Dons pulled a goal back in the 68th minute when Jack Rudoni was pulled down in the box and the referee pointed to the spot.

Adam Roscrow, who recently signed for Wimbledon from Welsh League side Cardiff Met, stepped up and finished emphatically, sending Wollacott the wrong way.

Follivi came so close to notching a wonderful goal after entering as a second-half substitute. A lovely turn created space for a shot from outside the box and Wollacott did brilliantly to tip it wide. Follivi did notch a goal that he deserved for his impressive cameo with three minutes to go. A penalty was given for handball and this time Follivi stepped up and made no mistake.

Wimbledon came close to a late leveller through Jack Rudoni, who shot just wide as AFC Wimbledon were defeated 3-2.