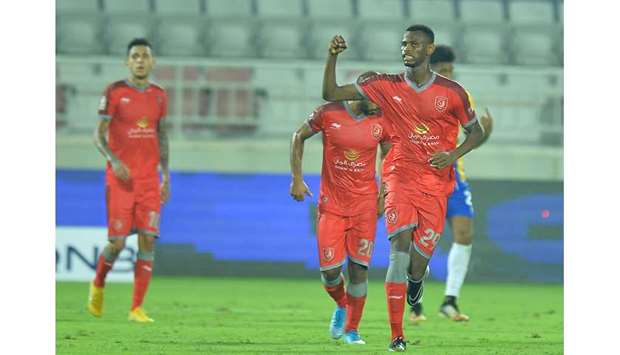 Ghanaian -born Qatari striker Mohammed Muntari scored for Al Duhail as they came from one goal down to beat Al-Gharafa in the Qatar Stars League on Saturday.

Al Gharafa took the lead through Sofiane Hanni in the 61st minute, however, Al Duhail equalised via Mohamed Muntari in the 66th minute before Paulo Edmilson completed the scoring in the 87th minute.

With both teams set up offensively, a good game was on the cards and neither side disappointed with their attacking endeavours.

The win lifted Al Duhail back to the summit of the table.