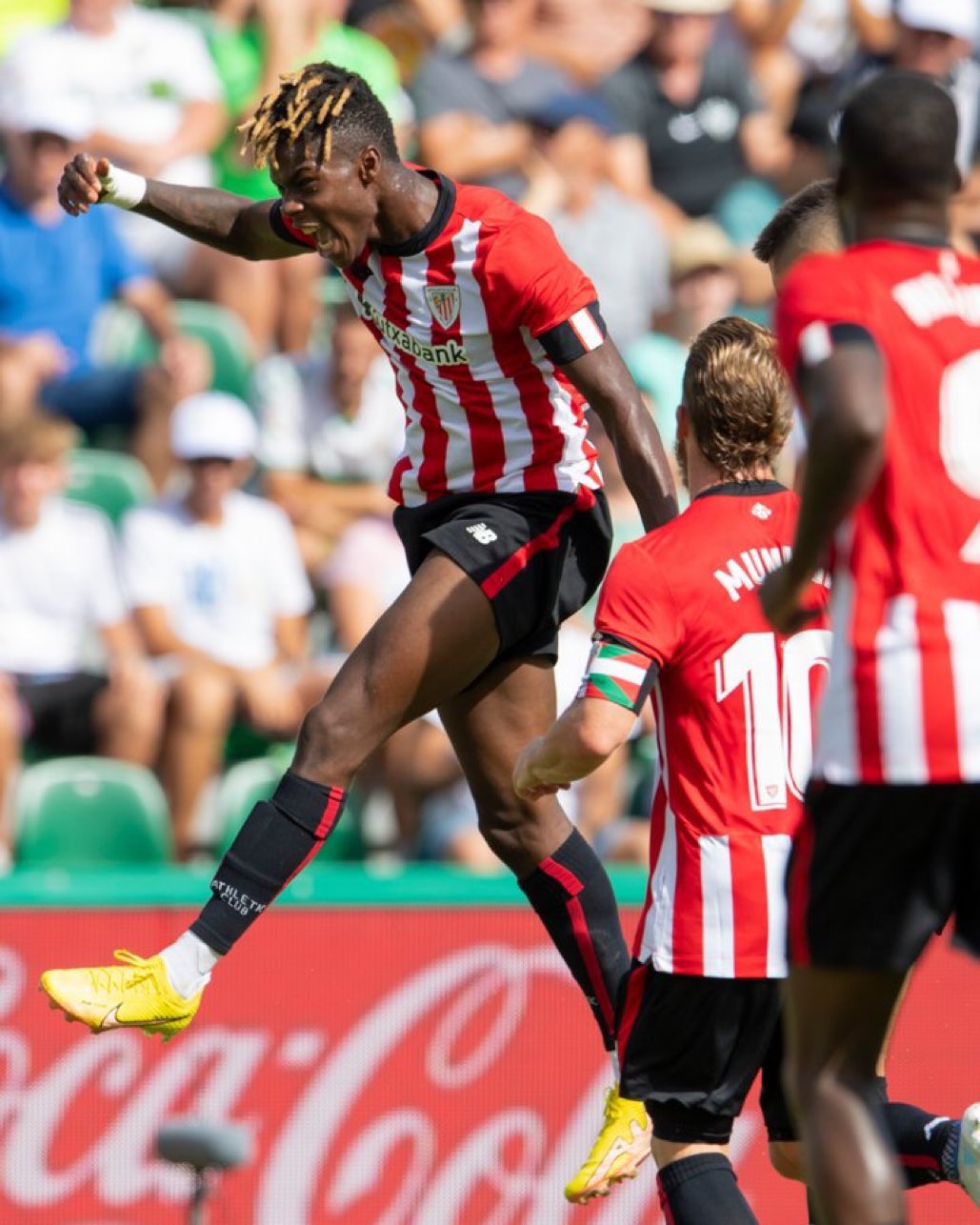 Ghanaian supporters have backed the Football Association to convince Athletic Bilbao striker Nico Williams to switch allegiance and play for the Black Stars ahead of the 2022 World Cup in Qatar.

The 20-year-old put up an impressive display before he was subbed off for Oier Zarraga four minutes after the hour mark.

He has made five appearances for Athletic Bilbao this season, scored one goal and provided two assists.

Born in Spain to Ghanaian parents, Williams has already represented the European country at youth level however, he is still eligble to play for Ghana.

The GFA recently convinced six players including his elder brother Inaki Williams, who also plays for Bilbao, to feature for the Black Stars.

Below are comments from some Ghanaian supporters:

"I hope the Ghana Football Association hasn’t forgotten about Nico Williams," Owuraku Ampofo opened the discussion on Facebook while Obed Eugene Anim wrote: "That guy has been really electric since busting into the Bilbao team. We obviously need him."

Zakaria Ayie explained: "I was even surprised Nico was not called. I am a Spanish La Liga fan and I have watched the guy closely for two seasons now. I actually think he is even better than his senior brother when it comes to aggressiveness."

Ayie added: "He is always a problem for defenders. He is far better than Abdul Issahaku for now at the right wing. Ghana needs him to cause penalties and break the spirit of defenders. He is speed and agility itself."

"They should get him before the World Cup," quipped Kin Legends, Baladzii Chris opined: "That guy is a beast... GFA should be very fast about him," while Kobby Yung was categorical: "Those saying just because of today’s game, do you watch La Liga? The guy is a great talent and we need him."

"We have soo many wingers do we really need him at the moment?," Edem King posed a question while Bernard Rock Sn wrote: "All this opportunist players who see Ghana as a second choice because they could not make for Spain."

Jamie Efosa Barclays is also against Nico playing for Ghana: "If he was good he would have been playing for the Spanish national team or least get a call-up...," he said adding: "That why I respect players like Didier Drogba, Riyad Mahrez, Hakim Ziyech, and Kalidou Koulibaly.

"They did not play for African teams just because they want to make the World Cup or could not get a call up in Europe, but because they have a passion for their nations."

Ghana have been drawn in Group H of the tournament alongside Portugal, South Korea and Uruguay.