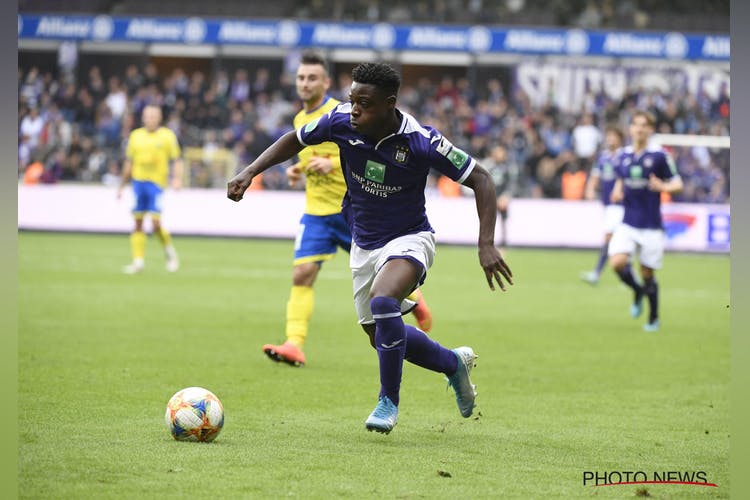 Highly-rated Ghanaian teenager Jeremy Doku is in line for a starting role for his Anderlecht side when they play as guests to Royal Excel Mouscron on Thursday night.

The player has been in fine form while playing for the reserves team in the last couple of weeks. In addition to that, he has performed well in the few chances that he has been given in the first team recently.

Last weekend, Doku climbed off the bench and managed to provide an assist in Anderlecht’s 3-2 defeat at the hands of Oostende.

In that match, Belgian attacker Nacer Chadli picked up an injury and has been ruled out of action for the next couple of makes.

In line with that, manager Franky Vercauteren will resort to his bench and will settle on Jeremy Doku to add to the attacking prowess of his team as they continue their quest to maintain some level of consistency in the Belgian Pro League.