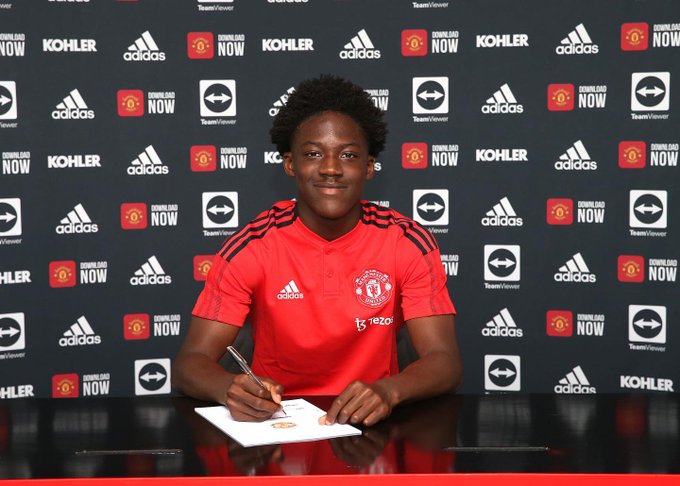 The teenager in 2021 marked his debut for the youth team of the English giants as he took the first step towards playing for the senior team.

This season, Kobbie Mainoo has not only been a start for the U18 team of Manchester United but he has also been outstanding for the U23 side.

After putting pen to paper, he posted a picture on Instagram and hailed it as a ‘great way to end a successful season’.

Mainoo has played 31 games for Manchester United U-18 so far this season, scoring four goals and providing two assists.

The 17-year-old was also very important to achieve the FA Youth Cup for Manchester United scoring twice on their run to the final.

The young midfielder is set to become a great player in the future if he keeps demonstrating his talent and qualities like he did in the FA Youth Cup final.

With a new manager coming in, Mainoo must do his best for the U23 and U18 teams to catch the attention of Erik ten Haag.