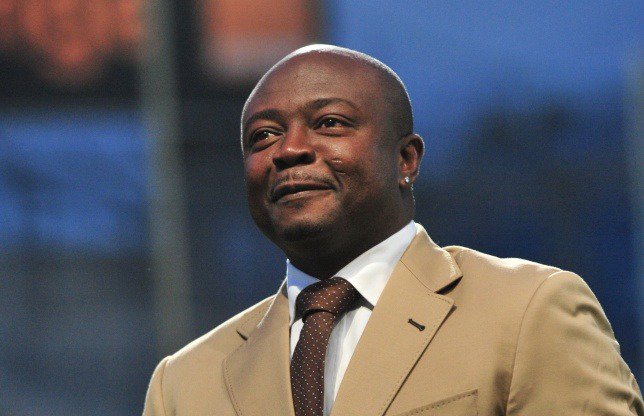 Ahead of the UCL quarter-finals, Goal profiles the top 10 African players who have won the European Cup

One of the key protagonists in Liverpool's magnificent campaign, Mane also played a key role in their Champions League success last season.

His performance to dispatch Bayern Munich at the Allianz Arena was outstanding, with the Senegal forward also proving during the 17-18 campaign that he was more than capable of terrorising Europe's best defences with 10 goals in 11 UCL outings.

Mane has averaged a goal every other game in Europe's premier club competition since making his Champions League debut.

Another member of the Liverpool side that won the title last year, Salah was influential in the final against Tottenham, netting an early penalty after Mane had won a penalty.

He followed that up with a Premier League title this season, having been unfortunate to miss out last season, and Salah has been simply phenomenal since arriving in English football.

He's a two-time Golden Boot winner and has played a key role in Liverpool's return to prominence in recent years.

The Ghanaian spent many years playing in Europe, but it was his spell at Olympique de Marseille that cemented his name as one Africa’s greatest ever players.

He helped Marseille clinch three successive Ligue 1 titles during the 1990s and played a vital role in the French outfit’s European Cup triumph in the 1992/93 campaign.

The Black Star also won the African Player of the Year award three times and was also named in Pele’s top 100 greatest footballers of all-time list.

The Zimbabwean is certainly one of Africa’s most successful players, having won a number of trophies during his stint with Liverpool, which included six league titles, three FA Cups and the European Cup.

He became the first independent African to lift the prestigious European Cup after the Reds defeated AS Roma in a penalty shootout – in which the Zimbabwean showed off his famous spaghetti legs in an attempt to distract the opposing penalty takers.

One of the most memorable images in Champions League history was Sammy Kuffour crying and beating the ground in the 1999 final after Bayern Munich lost to Manchester United.

However, the Ghanaian redeemed himself two years later, when the Bavarians clinched the title by beating Valencia on penalties.

Kuffour is one Africa’s most decorated footballers, having won six Bundesliga titles, four German Cups and the Intercontinental Cup too, along with his Champions League medal.

The no-nonsense, tough-tackling midfielder was key to Chelsea’s success following the appointment of Jose Mourinho in 2004, helping the club to a number of Premier League and FA Cups.

The Ghanaian also added the Champions League trophy to his glittering CV when the Blues defeated Bayern Munich on penalties in the 2011/12 campaign.

Although he was an unused substitute in that final, his impact at the London club was huge, especially as he helped fill the void left by Claude Makelele, who left the Blues in 2008.

The Nigerian played for some of Europe’s top clubs, but he will undoubtedly remember his time at Ajax Amsterdam fondly, having lifted the Champions League trophy during his three-year spell at the club.

Kanu netted 24 goals in 35 appearances for the Dutch giants before earning a move to Italian outfit Inter Milan, where he hardly featured after undergoing surgery to replace an aortic valve in his heart.

He is also well known for his stint at Arsenal, but winning a Champions League medal with Ajax will certainly be one of the Nigerian’s best memories.

If there is one African who has been key to one club’s success, it’s Didier Drogba.

Having joined them in 2004, the Ivorian helped transform Chelsea into a European powerhouse.

However, Drogba’s best moment arrived in the 2011/12 campaign, when he netted a late equaliser in the Champions League final against Bayern Munich, before going on to score the winning spot-kick as the Blues claimed their first title in Europe.

Toure proved to be an influential performer in the UCL, helping Manchester City establish themselves as one of Europe’s elite clubs.

He's no stranger to European success, having played a vital role in helping Barcelona clinch the Champions League title in the 2008/09 campaign.

The powerhouse is fondly remembered for playing centre-back in that final against Manchester United’s Cristiano Ronaldo when he silenced the Portuguese superstar for the entire 90 minutes.

It is no surprise to see Eto’o at the top of this list.

The two-time Afcon winner is, without a doubt, Africa’s most decorated player in Europe, having won the Champions League three times, and league titles in La Liga and Italy too.

He played vital role in Barcelona’s European success in the 2005/06 and 2008/09 seasons and became only the second player to score in two Champions League finals.

The Cameroonian also became the fourth player to win the trophy two seasons in a row, after helping Inter Milan claim the title in the 2009/10 campaign.