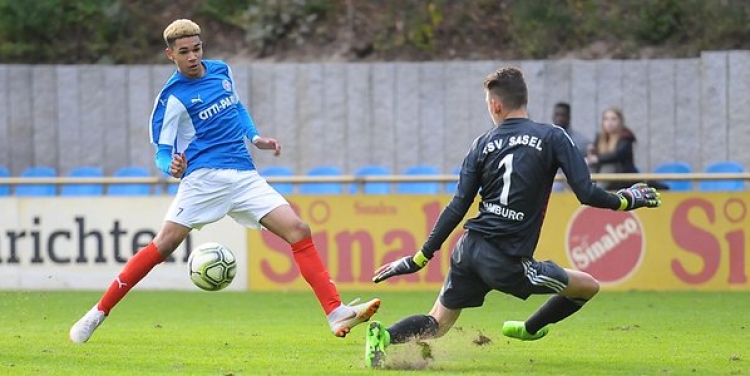 Ghanaian winger Noah Awuku has been ruled out for six months with an Achilles tendon rupture.

Awuku, 20, sustained the horrible injury on Thursday at the club's training grounds and is set to be operated at the Mare Klinikum Kiel health centre.

The Holstein Kiel youngster is expected to miss the first half of the season due to his latest injury setback.

Sporting Director Uwe Stover shares his thoughtfulness with the dependable versatile flanksman as he will be going under the knife in due course.

"I am very sorry for Noah because he tore a cruciate ligament in December last year and has worked intensively in rehab in the past few months," Sporting Director Uwe Stover said as quoted by kicker

"It is particularly bitter that he has been seriously injured again shortly after returning to team training. But I am sure that he will fight his way back again and I wish him a good and speedy recovery."

Awuku spent last season on loan at fourth division side Chemnitzer FC having scored thrice and provided two assists in the process.