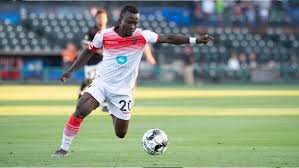 Phoenix Rising beat Austin Bold 8-7 on penalty-shoots to reach the semis after a pulsating 120 minutes of football, where both sides failed to score.

Adam Jahn almost gave the Phoenix Rising the lead when his header from a setpiece delivery hit the crossbar.

Bold's Ghanaian forward Ema Twumasi also came close to getting the visitors the lead with a one-on-one with Zac Lubin but fluff his lines.

Phoenix Rising will face Real Monarchs SLC in the Western Conference semi-final at the Casino Arizona Field on Friday, November 1, 2019.