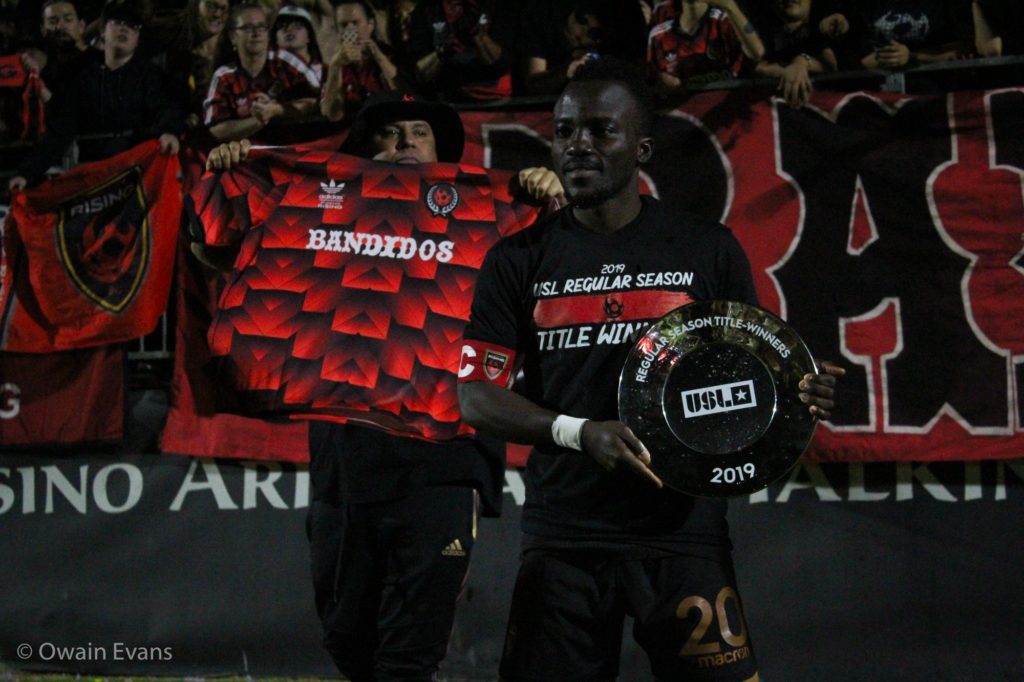 Ghana international Solomon Asante has been included in the 2019 USL Championship All-League First Team the league.

The 29-year-old broke the USL Championship record for most assists (17) and combined goals (39).

He bagged an incredible 22 goals to break a single-season club record and was just three goals shy of the league record.

Asante was also USL's Golden Boot Winner. This is the second successive  time the Ghanaian has been included in the All-League First Team.

This is the fourth time in club history a player has been named to an All-League team.