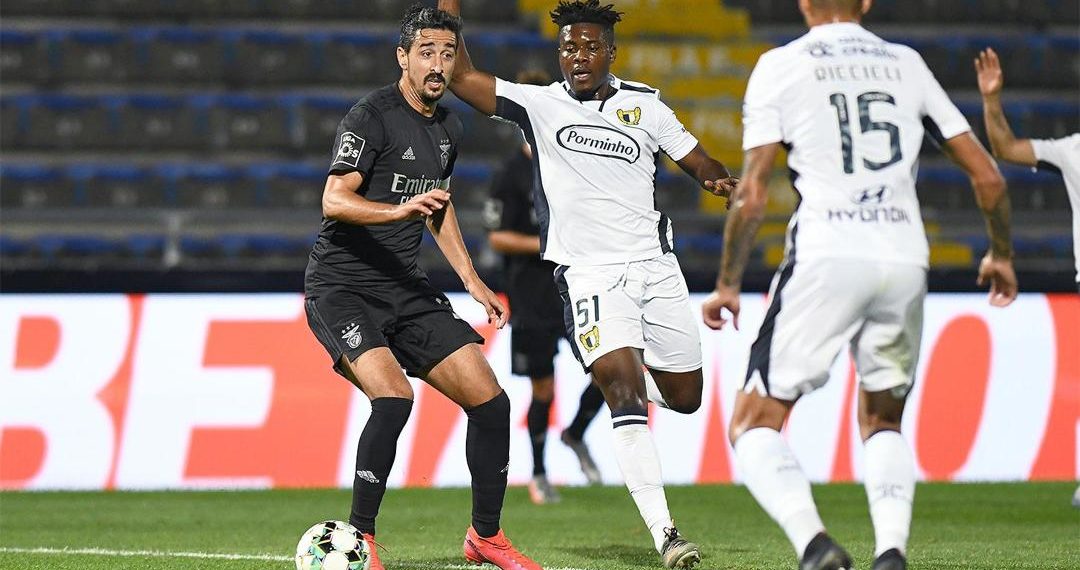 Ghanaian promising left-back, Abdul Ibrahim Wahab made his bow for Famalicão in the 5-1 loss against Portuguese giants, Benfica on Sunday at their own backyard.

The 21-year-old defender despite being solid in defense for Famalicão could not help his side to stand the might’s of Benfica at the Estádio Municipal de Famalicão.

Abdul Ibrahim was introduced into the game in the 46th minute in the second half to replace Calvin Verdonk and make a good account for himself on the pitch.

The former West Africa Football Academy star joined the Portuguese side in the ongoing summer transfer window until the end of the 2022/2023 season.

The Ghanaian youth defender arrived in Portugal in 2017 and joined the junior team of Desportivo de Chaves from WAFA.

Abdul Ibrahim Wahab, despite tasting defeat in his debut league game, received plaudits from the technical handlers and hopes to excel in his subsequent matches for Famalicão FC.