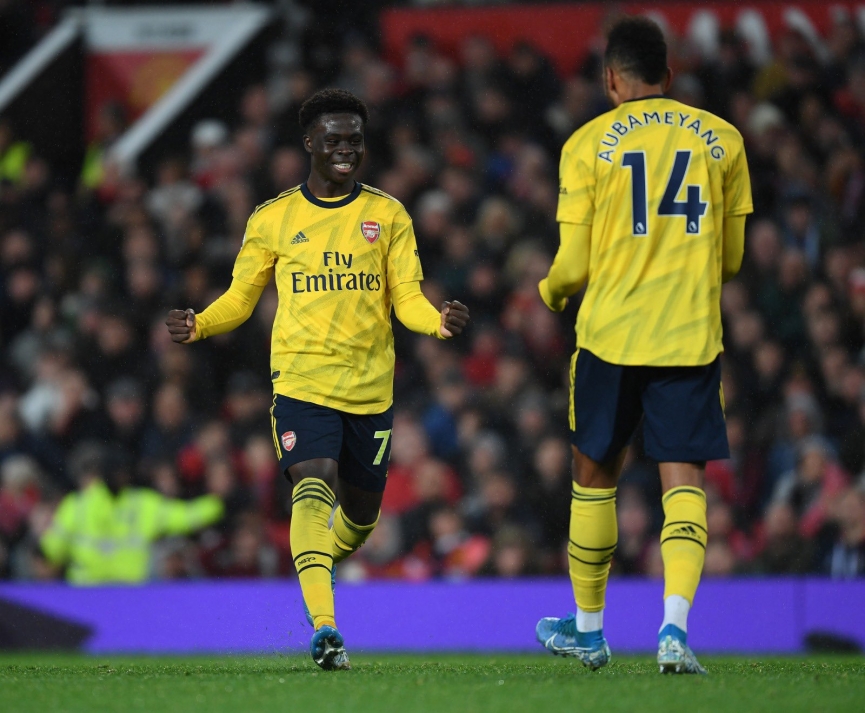 English-born Ghanaian youngster Bukayo Saka provided an assist for Arsenal as they drew 1-1 with Manchester United in the English Premier League on Monday night.

The Gunners came from a goal down to draw level in their matchday seven fixture at the Old Trafford.

The Red Devils took the lead just before half-time through Scott McTominay's first goal at Old Trafford, a fine strike from outside the box.

Saka, who was one of the standout players for Arsenal assisted the equaliser scored by Gabon international Pierre-Emerick Aubameyang on the 58th minute of the game.

The 18-year-old lasted for 80 minutes before he was replaced by another youngster Joe Willock.

Saka was born to a Ghanaian mother in London.

He is eligible to play for Ghana despite representing England at the youth level.